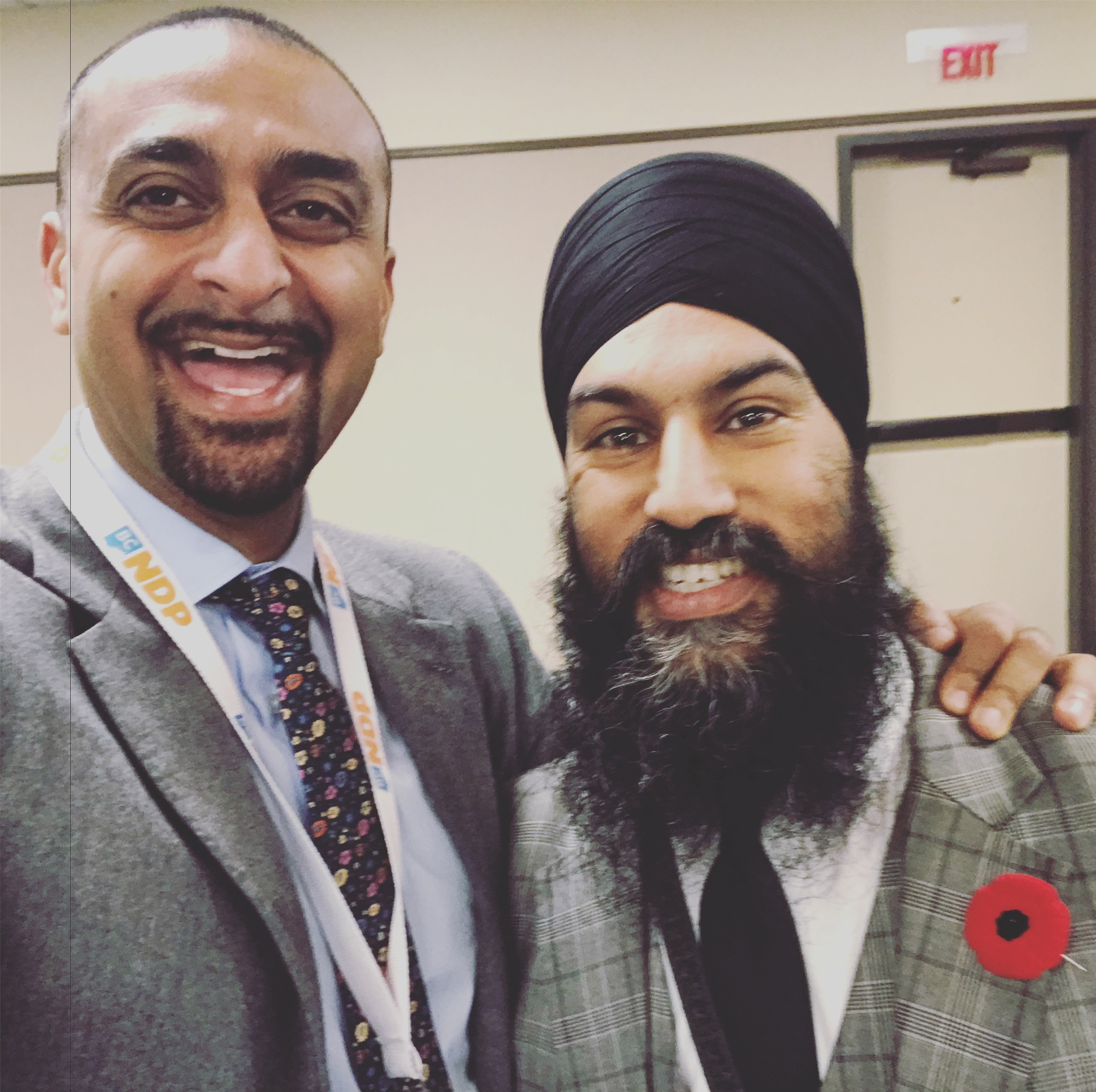 Two years ago, Jagmeet Singh made history when he became leader of the NDP.

I don’t think people fully appreciated the significance of having the first racialized federal leader until the country saw him on stage at the leader’s debate.

Since then, Jagmeet has won over the hearts of many Canadians – and attracted international attention. However, nowhere has he made a bigger impact than on racialized Canadians, who are seeing someone breaking that glass ceiling.

Canada was a different place when I was a kid. As a child, everyone I knew was struggling to make ends meet. Never in my life did I imagine that I could one day represent Canada at the Olympics and or get elected in the legislature. It wasn’t in the realm of reality in our lives.

We have made progress as a society but we have a ways to go. From elders getting knocked down to the ground for wearing a turban, to Masjids, Gurdwaras, and Mandirs being defaced, there seems to be a rise in fear and uneasiness amongst people of colour.

While this election itself has resulted in many challenging conversations – about racism, identity and belonging – something positive has happened, too.

When my son and I sit down to watch television, he sees Uncle Jagmeet on the news. He sees someone who looks like him. He sees possibilities that I never imagined.

Things are far from easy for Jagmeet. We’ve witnessed some painful encounters on the campaign trail. However, I cannot help but feel invigorated and inspired seeing how gracefully Jagmeet is able to counter the hatred and racism he faces.

Yes, it’s garnered him a lot of praise. But more importantly, it’s allowed the world to see a leader who doesn’t make these instances about himself. Instead, Jagmeet puts the focus back on everyday Canadians who have had these same experiences.

That is precisely why there is so much momentum behind Jagmeet’s campaign. Those of us who know him are not surprised to hear the words “authentic” and “down to earth” and “in it for the right reasons”. This is not an act for votes. It is who he is and has always been. A fighter for those who do not have a voice. A fighter for everyday people. A fighter for a more fair and just society.

I know he has inspired a new generation of young people. He has certainly inspired me.

It’s why I’m proud to stand shoulder to shoulder with my friend and I urge others to as well – and together we can have a leader, and government, that’s in it for you.