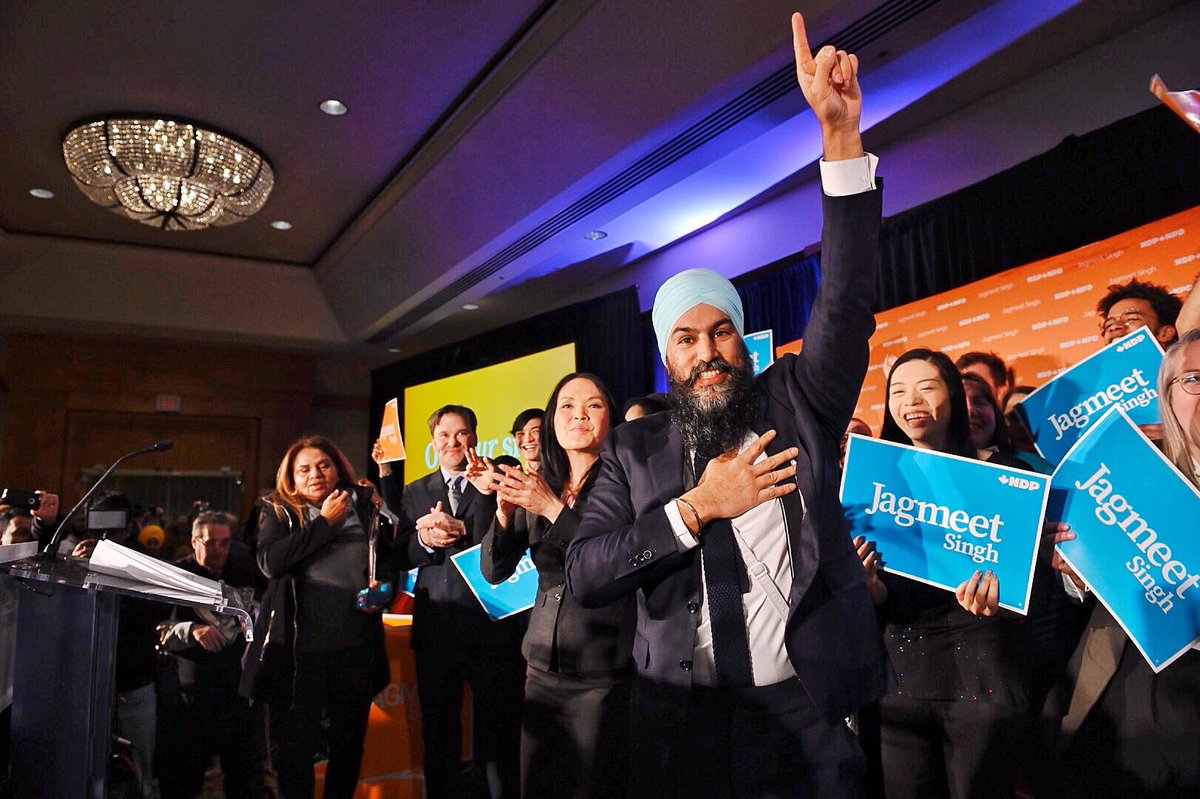 Ottawa: Jagmeet Singh celebrated his byelection win the same way he rang in winning the NDP leadership race: on a dance floor.

“We danced the night away,” Singh said Tuesday morning in an interview as his party breathed a collective sigh of relief following a win in the federal riding of Burnaby South.

Preliminary results from Elections Canada show he was able to clinch the riding with 39 per cent of the vote.

For Singh, the win means he can finally go toe-to-toe in the House of Commons with Prime Minister Justin Trudeau something he hasn’t been able to do since taking over the reins of the NDP from Tom Mulcair in October 2017.

Singh is now calling on New Democrats to make the most of months leading up to the October election, knowing full well he has a limited amount of time to shine in the Commons with Parliament to rise in June.

The earliest Singh can take his new seat in the House of Commons will be March 18, but he will be in Ottawa Wednesday to lead the party’s weekly caucus meeting on Parliament Hill.

There is no time for Singh to waste, said Mulcair’s former principal secretary Karl Belanger, noting the election is just around the corner.

“Now (Singh) has an opportunity to be seen and heard on the same stage as the other main party leaders and it will be up to him to perform and do well and connect with Canadians with a narrative that speaks to their priorities.”

The Liberals and Conservatives were also celebrating byelection wins this week. Conservative Scot Davidson easily won in York-Simcoe in southern Ontario, replacing Peter Van Loan, who held the seat since 2004 before announcing his retirement.

Liberal Rachel Bendayan was the winner in the Montreal seat of Outremont, much to the delight of Liberal cabinet ministers who are declaring the NDP’s “orange wave” in Quebec dead.

Outremont was the seat won by Mulcair in a 2007 byelection, a victory that helped the party build support in Quebec and led to the NDP’s Quebec breakthrough during the 2011 election. The NDP formed official opposition for the first time that year before falling back to third-party status in 2015.

Singh said it was not a surprise that Outremont was a challenge but he disputed the idea that the orange wave has crested.

“The base that we built in Quebec is alive and well,” he said, adding that he’s planning a visit to the province next week.

He said the NDP is very proud of Singh’s victory, noting he is the first racialized federal leader to sit in the House of Commons.

Quebec Conservative MP Gerard Deltell also insisted the NDP is not dead in his province while he stressed no one should be drawing conclusions based on byelection results.

Maxime Bernier, who left the Conservative fold to launch the People’s Party of Canada last fall, tweeted on Tuesday to give his assessment of the byelection results, which was the first test for his fledgling political party.

The progress is “overall encouraging” after five months as a party, Bernier added.