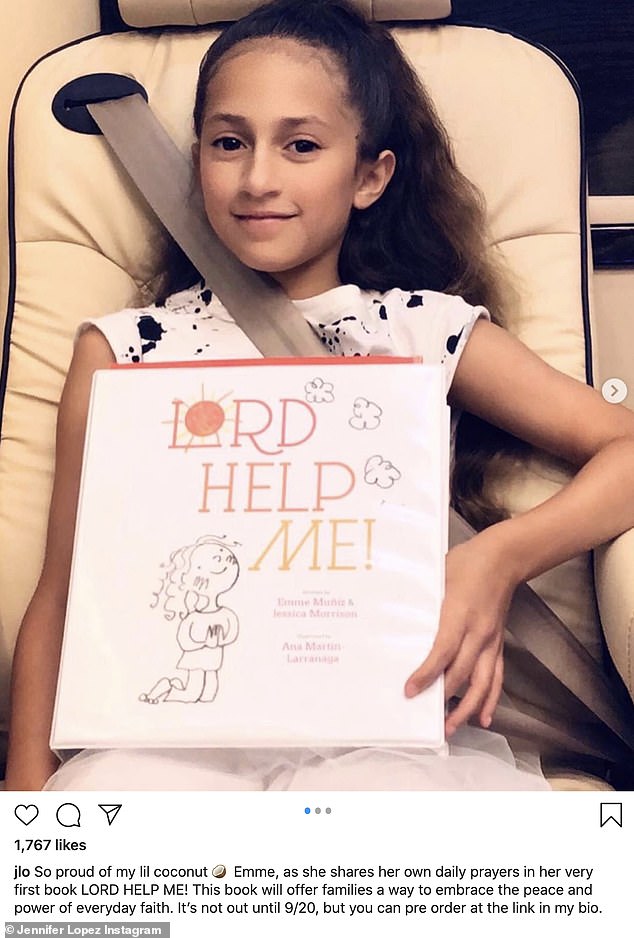 Hollywood star Jennifer Lopez’s daughter Emme Muniz is coming out with a children’s picture book about sloths and the power of prayer.
According to People magazine, Crown Books for Young Readers, an imprint of Random House Children’s Books, announced that it would publish a new picture book written by the 12-year-old.
Titled “Lord Help Me”, the book will debut in both English and Spanish on September 29.
“In school I learned about sloths and how they’re facing extinction, so I began to pray for them in my nightly prayers. I wrote this book to help raise money to save sloths while also teaching other children how we can pray and ask for help – two things that bring me a lot of comfort,” Emme said in a statement.
With the targeted readership between ages 3 and 7, the book explores the “everyday power of mindfulness through prayer”. It features illustrations by Brenda Figueroa.
“When we met for the first time, I was so inspired by (Emme’s) heartfelt desire to share the positivity and sense of calm that daily prayer brought to her life with other children and their families,” Emily Easton, vice president and publisher of Crown Books for Young Readers, said.