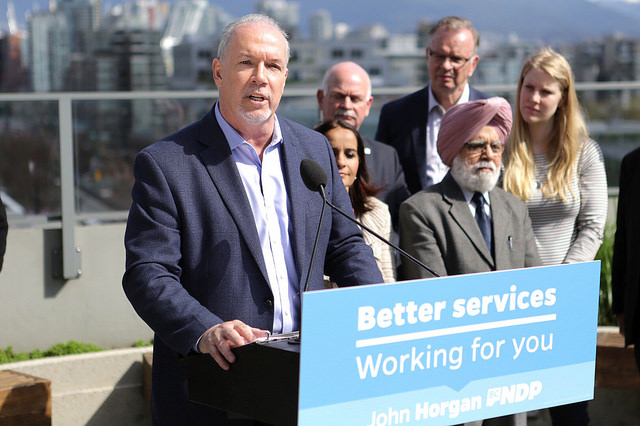 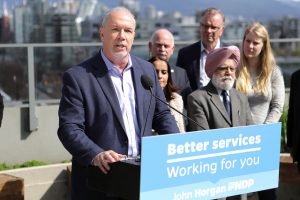 VANCOUVER: BC NDP leader John Horgan pledged to relieve congestion for people stuck in traffic across the Lower Mainland at a campaign stop at Vancouver City Hall.

Horgan announced he will partner with mayors across the region, fully funding the province’s share of the 10-year transit plan, including immediately beginning work to replace the Pattullo Bridge.

“We’ll put people to work building a replacement for the Pattullo Bridge, building new light rail in Surrey, and building the Broadway Skytrain extension, along with many more priority projects identified by the mayors,” said Horgan.

John Horgan and the BC NDP will get BC moving by:

“Now is the time to set out a bold vision for the future. Our plan will make BC a full partner in these projects – alongside federal and local governments – as we grow the economy, fight climate change, and create good, sustainable jobs.”

John Horgan and the BC NDP previously committed to make life more affordable for commuters in Surrey and Maple Ridge by removing tolls from the Port Mann and Golden Ears bridges, and pledging to work collaboratively with the majors on a fair and equitable long-term plan for transit funding to relieve congestion going forward.