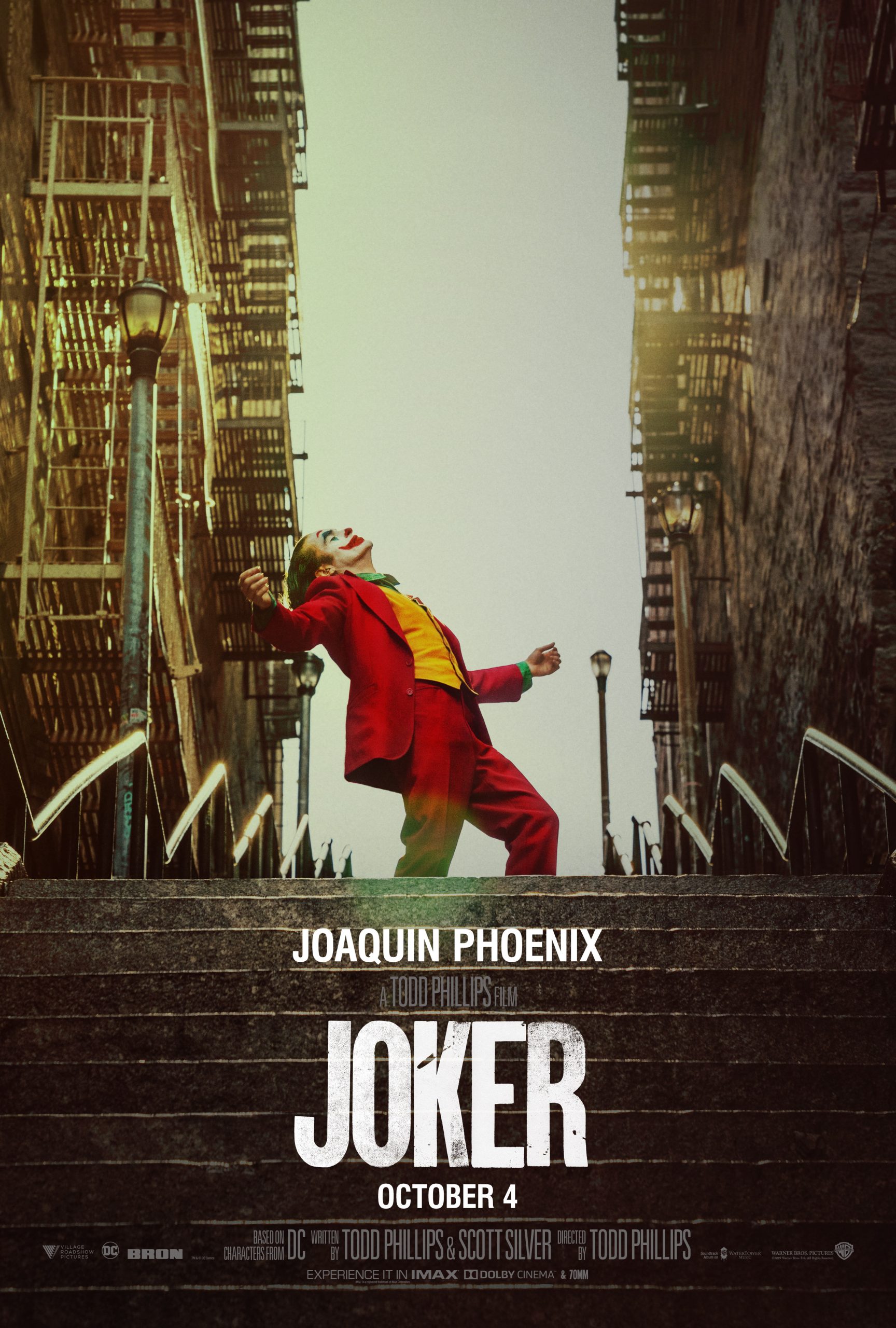 Nothing remotely funny happens in Joker. Part of the DC comic canon this dark laced drama from Warner Brothers fleshes out some bravado performances and is a smart precursor to one of Batman’s all time Favourite nemesis. See the angst and mental anguish unfold throughout British Columbia at Cineplex Cinemas and Landmark Theatres.
Long gone is the campy first incarnation of the Joker courtesy of flamboyant Caesar Romero from the hip Adam West Burt Ward T.V, series of the 60s on ABC. Few could think anyone could top the hard-edged performance of the late great Heath Ledger in The Dark Knight. Let’s just say Joaquin Phoenix (Gladiator) gives us a superb version of the man destined to become the clown prince of crime.
Gotham City is the Centre of attention in this film. Here we meet clown performer Arthur Fleck. Phoenix is outstanding as the clown performer. Comedy director Todd Phillips (The Hangover) succeeds in going from a master laughs man to a devastating crime aficionado as he effectively shows how fleck turns into the ultimate sicko. Instead of just showing violence for the sake of violence we see what goes into the making of a madman. No one would likely ever condone Fleck’s violent outbursts, but many could make the case that there are reasons for his condition thanks to being bullied and maligned over time.
An ominous penetrating score accents the mayhem ready to unfold at any moment. Odes to some classic tunes and a nice tribute to the tonight show set with Robert De Niro playing a Johnny Carson come lately MC adds more luster to this dark edged story.
Violence with a purpose and a mesmerizing performance from Joaquin Phoenix helps make Joker one of the toughest superhero efforts ever.