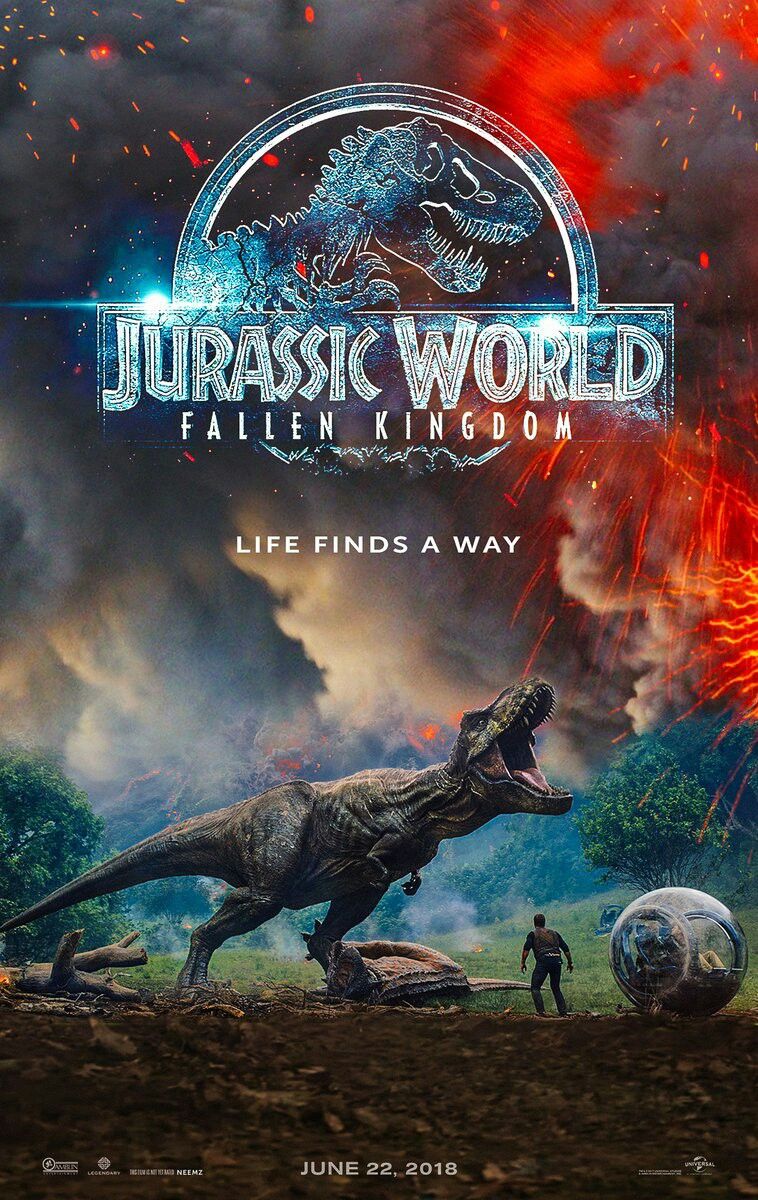 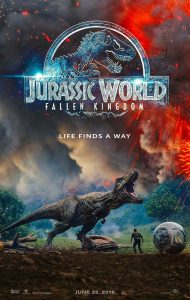 Not since the days of the loveable huggable The Flintstones with favourite pet Dino have dinosaurs been so in vogue. Respect and fear go hand in hand in the latest blockbuster from Universal Studios. Yes, the Jurassic Park franchise is in good hands as Jurassic World: Fallen Kingdom faithfully continues the plot of man versus beast. One wonders what Charles Darwin would say. Join the fun at Cineplex Theatres around B.C.

From out of nowhere once upon a time “rising” director and Universal protege Steven Spielberg brought the original Jurassic Park to the silver screen, delighting audiences everywhere. It’s good that “Stevie” hasn’t lost his touch as he executive produces this two hour and eight-minute romp that is fun from start to finish.

Just the right degree of menace and danger runs through this forbidden world. Though it helps to know a little of the backstory behind this famed theme park for prehistoric wonders suffice it to say that the very creatures from eons ago have been nurtured back to health burn are now in danger due to natural forces – and the odd bad person.

To help save the critters from a slow burning death ace dino wrangler/whisperer Owen Grady is back on the case thanks to puppy love interest and conservationist Claire Dealing. Up to his neck in roguish charm is Chris Pratt while Bryce Dallas Howard turns in a noble effort as a damsel in lots of distress as they face off against some ruthless individuals bent on “weaponizing” and “demonizing” these magnificent creatures. Think Robocop on steroids and you get the picture.

Interesting characters, a smart story, heroes you can cheer for and villains you will hiss at, exhilarating cinematography, subtle surprises and in your face exciting special effects help make Jurassic World: Fallen Kingdom thoroughly entertaining and pitch perfect summertime movie fare. Hey, they got it right!