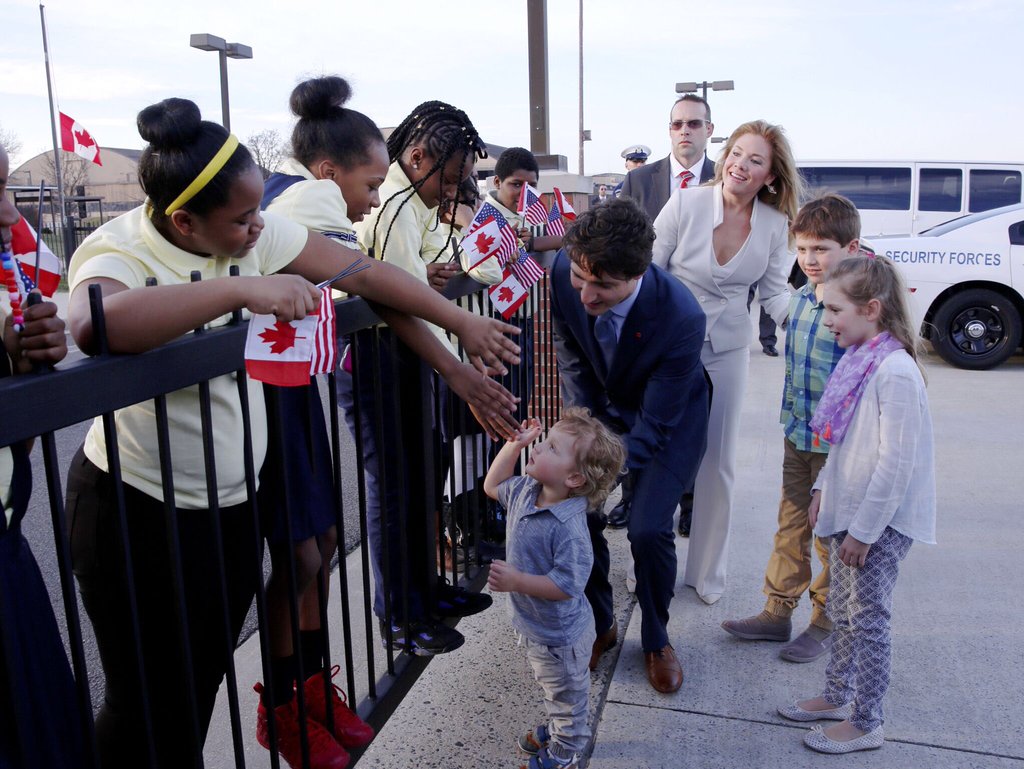 By Rob Gillies, THE ASSOCIATED PRESS

Trudeau’s plane landed at Andrews Air Force Base Wednesday. He exited the airplane with his wife and three children.

Trudeau will meet Thursday at the White House with President Barack Obama. That evening, he will attend the first U.S. state dinner for a Canadian leader in 19 years.

The 44-year-old Trudeau was elected in October. His father, the late Prime Minister Pierre Trudeau, remains one of the few Canadian politicians widely known in America.

The new prime minister will be looking to strengthen relations that were strained under the previous Canadian government when the Obama administration last year rejected the proposed Keystone XL oil pipeline.