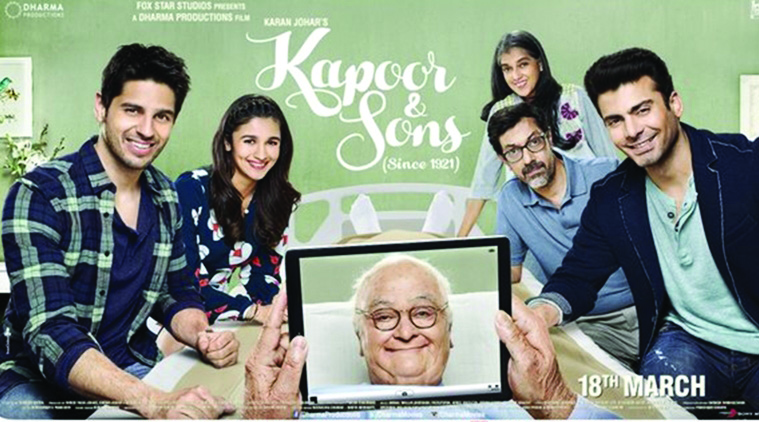 AAMIR KHAN was seen wiping tears after coming out from the special screening of Karan Johar’s KAPOOR & SONS in Mumbai and had nothing but praise for Shakun Batra directed ‘family film’. Now, Bollywood has been making family oriented films for some time and I remember while growing up in Delhi that my Mom insisted that we see family films to imbibe those messages in our family life. Going back, many prominent film studios like GEMINI FILMS, AVM FILMS, RAJSHRI, PRASAD PRODUCTIONS, B.R. CHOPRA FILMS, B. NAGI REDDY FILMS & VASU MENON FILMS always made family oriented films and the public used to throng to those films to educate their children with family values. India’s modernisation and with most of those film studios going defunct, the family values were put aside and emphasis was on fast paced films, however, many like KARAN JOHAR, RAVI CHOPRA, SURAJ BARJATYA & RAJKUMAR HIRANI continued producing family oriented films and their success proved the fact that the Indian public in general loves to see family oriented films. Karan Johar has the unique distinction of producing family films with modern touch and the success of his films like KABHI KHUSHI KABHI GHAM (2001) & KAL KO NA HO (2005) and the widespread interest for KAPOOR & SONS (2016) with a stellar cast of RISHI KAPOOR, ALIA BHATT, SIDDHARTH KAPOOR, FAWAD KHAN, RAJAT KAPOOR & RATNA PATHAK SHAH clearly shows that the Indian public is still keen to see the family values being imbibed through modern films. Bollywood has produced all kind of movies but the large percentage of them have been for families and though it’s difficult to name them all, here’s a list of some of those family films that you wouldn’t mind seeing again… 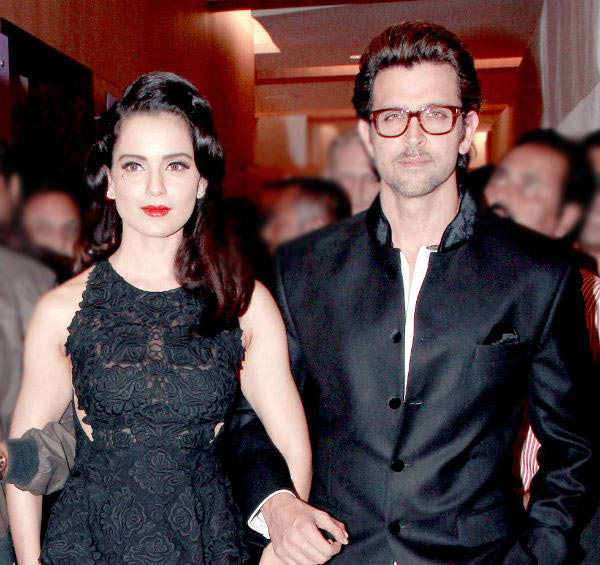 The HRITHIK-KANGANA love affair gone kaput has been in news for some days and the details are getting murkier day by day. With Hrithik Roshan & Kangana Ranaut slamming each other with legal notices for defamation, the press is having a field day and though both have distanced each other from press statements, enough mud has been thrown to make it the most unusual case in Bollywood. Going back, DILIP KUMAR-MADHU BALA affair was much talked about during B. R. Chopra’s NAYA DAUR days, however, they never indulged in personal insults and accusations. Similarly, the RAJ KAPOOR-NARGIS or RAJ KAPOOR-VUJYANTI MALA affair were talked about but no one indulged in mud slinging and even RAJESH KHANNA-TINA MUNIM quietly went their way after being involved for years and the affair was never discussed afterwards. That SUSANNE ROSHAN KHAN distanced herself much earlier by divorcing Hrithik clearly throws some light to the alleged affairs of Hrithik-Barbara Mori & Hrithik-Kangana affairs, however, Hrithik’s legal notice claims of Kangana’s stalking and while Hrithik Roshan & Kangana Ranaut are both busy shooting for their films MOHAN JODERO & RANGOON, it seems this legal affair is going to get nastier in coming days so stay tuned for some more fireworks! 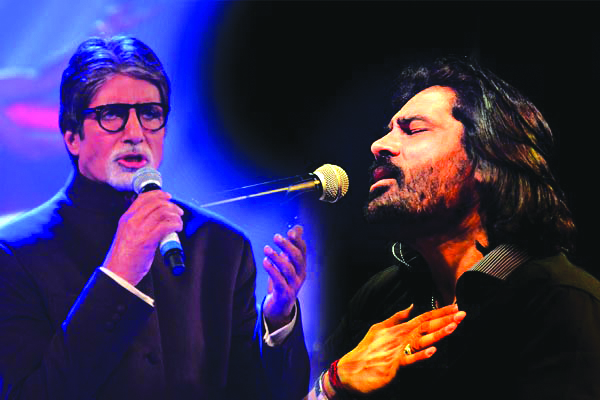 The whole world stops when INDIA plays PAKISTAN for cricket glory and with both teams clashing at ICC WORLD T20 2016 at Kolkata’s famed Eden Garden stadium for what could be a possible semi-final position after India’s shock loss to New Zealand in Nagpur, billions will be sitting infront of their tv sets to see what unfolds at packed Eden Gardens. But while both the teams will be try to out perform each other, there’s going to be another event which has been the talk of everyone as it was recently announced that AMITABH BACHCHAN will sing India’s national anthem and SHAFQAT AMANAT ALI KHAN will do the Pakistani honor before the match. Amitabh, the famed son-in-law of Bengal (wife Jaya Bachchan is from Bengal), will surely be applauded by the packed stadium but Shafqat, the sufi singer with many popular songs under his belt, has his own fan following and surely, it will be quite a national anthem duel at Kolkata’s Eden Garden stadium before the’ Mother of all Cricket Clashes’ between INDIA & PAKISTAN on Saturday, March 19th! 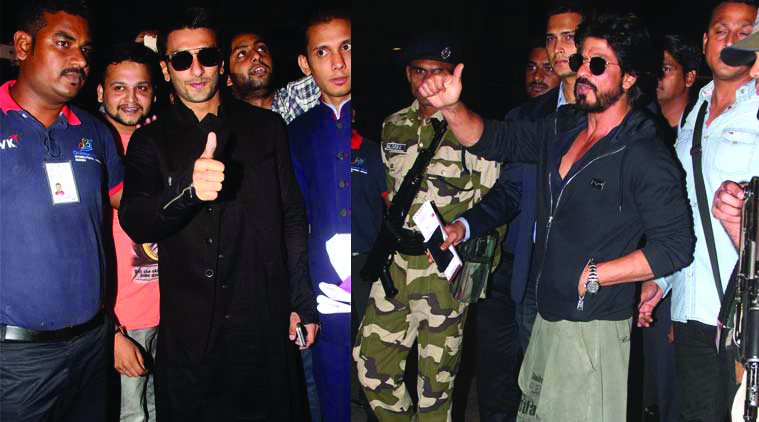 TOIFA, the Times of India Film Awards, which became the butt of jokes for their inaugural event at Vancouver’s BC Place Stadium in 2013 but silenced their critics with an overwhelming support from the South Asians which later catapulted Christy Clark & her Liberals to victory in provincial elections, has resurfaced after 3 years as TOIFA 2016 DUBAI becomes the last major Bollywood award show in Dubai this weekend. With plane loads of Bollywood stars from Shahrukh Khan to Ranveer Singh and Sonam Kapoor to Jacqueline Fernandez, Mumbai & Dubai airport are buzzying with lot of activity and it seems that TOIFA 2016 DUBAI will be as big a hit as Vancouver! HIMESH RESHAMIYA’s latest film TERA SUROOR managed to cross Rs.10 Crores in the first week but it didn’t stop Himesh to celebrate the success and not only he performed in Dublin for his friends but also announced another venture with himself as the leading man again. Karan Johar’s KAPOOR & SONS special screening saw many like Ranbir Kapoor, Varun Dhawanb, Anurag Kashyap & Anushka Sharma wiping tears and the film is expected to open huge but it’s not the only film opening this week as CUTE KAMEENE, DARE YOU, MUMBAI CENTRAL & OK MEIN DHOKA are also starting this week. Punjabi films ARDAAS & LOVE PUNJAB dominated the North American, Australian & UK markets and both have been declared hits all over. With that it’s time to say good bye but not before reminding you all to watch this week’s YAADEIN featuring the greatest musicals of all time on Sunday, March 20 @ 1 PM on SMC#116. A VERY HAPPY HOLI TO YOU ALL!