Ladakh: As part of the nationwide celebrations of 20 years of Kargil Vijay Divas, Grammy® Award Winner Ricky Kej recently performed a mega concert to over 10,000 people in Leh, Ladakh on 23rd July. Over 6,000 Jawans and several other dignitaries & VVIPs from the Military, Police and Civil sectors attended the grand celebration.

With the backdrop of the ‘Shanti Stupa’, Sonam Wangchuck Stadium was set aglow with the Symphonic Musical Extravaganza by Kej and his ensemble of renowned musicians from all over India such as Singers IP Singh, Alexis D’Souza, and Siddhartha; Violinist Manoj, Drummer Arunkumar, Flautist and Singer Varijashree and Sitarist Sumarani. 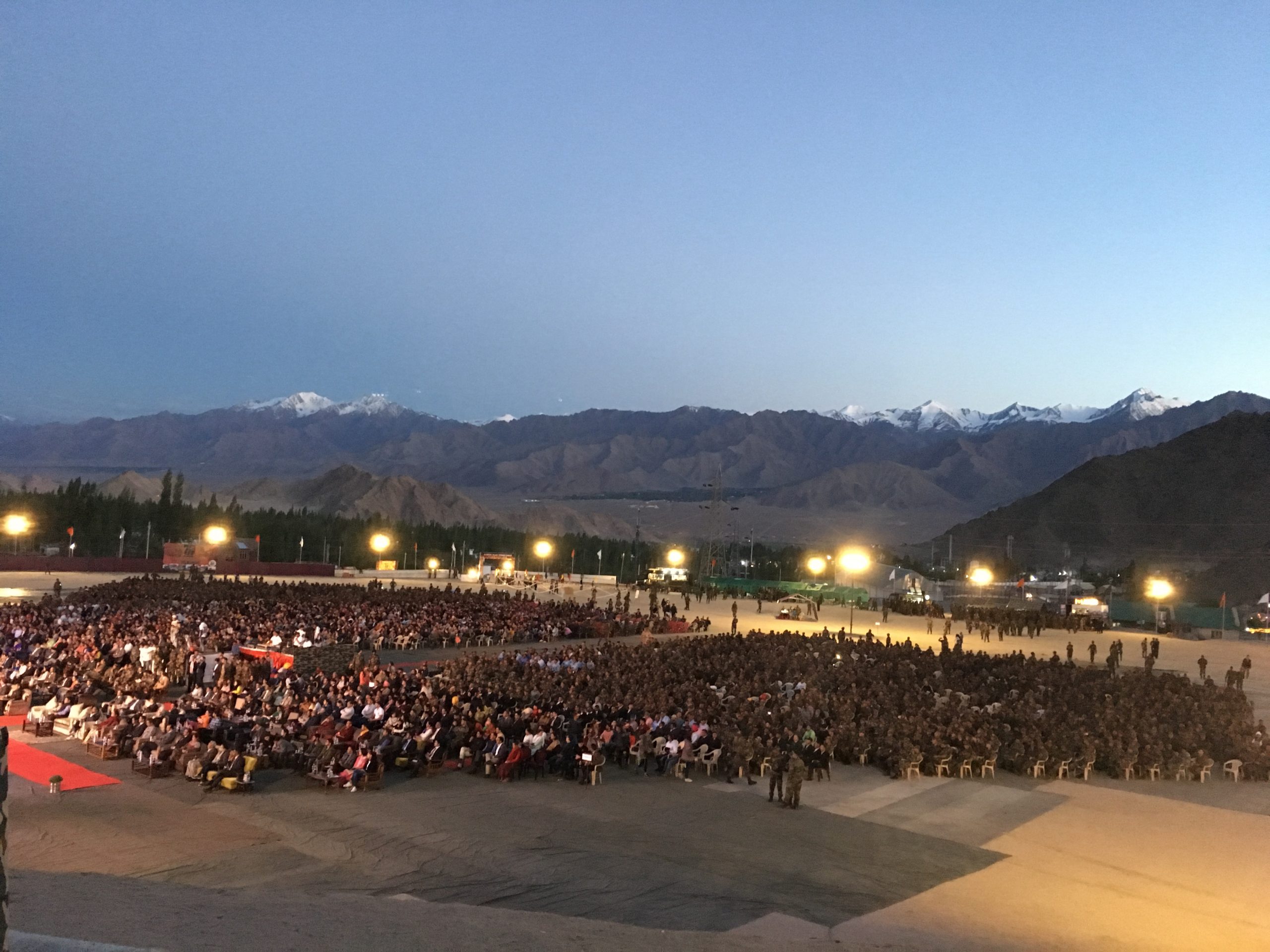 Performing popular musical pieces from his repertoire about our nation, environment, peace and co-existence, Ricky also performed a special version of Vande Mataram that he composed for the occasion. The evening was a magnificent musical tribute by Ricky Kej to the Kargil martyrs.

Major General Yashpal Singh Mor, General Officer Commanding said, “cultural tribute to the Kargil Martyrs was scintillating and the highlight of the celebrations. It was a concert with a difference. Ladakh had never ever seen an event of this magnitude and quality. Ricky’s music along with the backdrop of the iconic Shanti Stupa and Leh Palace, the energy, the vibrations was simply spectacular and the crowd was in awe. It was a sight to see our soldiers wanting more of his music. Overall an unforgettable experience! I salute Ricky’s spirit and attitude towards the chosen cause and Kargil War Martyrs. Jai Hind.”

Ricky Kej beaming with gratitude said, “I consider it my greatest honor to have had this opportunity to pay tribute to the martyrs of our land. Just standing still at an altitude of 12,000 ft takes your breath away, let alone performing in these conditions! I salute our Indian Army for bearing these extreme weather conditions to selflessly guard our land. After performing in every nook and corner of the world, I have never been this excited, honored and nervous about a concert! It has been an absolute dream-come-true.’