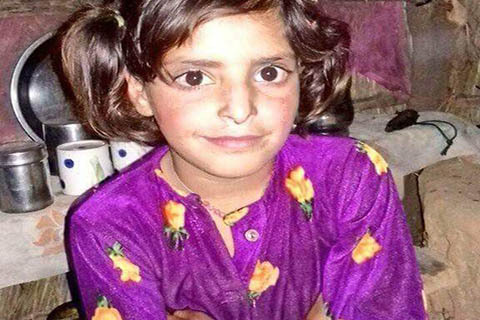 New Delhi: The Supreme Court on Monday transferred to Pathankot the trial of the brutal rape and murder of an eight-year-old nomadic girl in Jammu and Kashmir’s Kathua because “fear and fair trial can’t exist together”.

The court said an in-camera trial was being ordered to ensure that witnesses feel protected and the accused feel safe. The top court said it would monitor the case and its trial from time to time and posted the matter for next hearing on July 9.

“Fair trial is sacrosanct principle under Article 21 (right to life) of the Constitution,” the Supreme Court observed in the order transferring the case to Pathankot, which is 25 km away from Kathua across the border with Punjab.

The bench said the Pathankot District and Sessions judge would hold the trial while the Jammu and Kashmir government was allowed to appoint public prosecutor.

The apex court said the trial would be conducted according to the provisions of the Ranbir Penal Code, a criminal code applicable in Jammu and Kashmir.

The state government was also asked to provide security to the victim’s family, their lawyer and witnesses.

The decision to transfer the trial from Kathua came after a plea from the victim’s father.

The minor girl from nomadic goatherds went missing on January 10 when she was grazing horses close to her home in Rasana village near Kathua in the Jammu region. Her raped body was found in the same area a week later.

The Crime Branch of Jammu and Kashmir Police, which investigated the case and has already filed charges, said eight people were involved in the crime. The accused include two policemen, a juvenile and a former Indian Revenue Service officer.

Lawyer-activist Deepika Singh Rajawat, who pleaded for the victim’s father, said the family of the minor was being threatened.

Rajawat also alleged that members of the Jammu Bar Association had threatened her, asking her not to appear in the case. The association denied the allegation.

Two of the accused had filed a separate plea, seeking the trial in the case to be held in Jammu and the probe handed over to the CBI.

But the top court refused to examine the plea for handing over the investigation to the CBI.

Chief Justice Misra said the probe has been done, charges already filed by the Crime Branch on April 9 but was always open for supplementary investigation, “if required”.

“When chargesheet is filed, why should we want another agency?” Justice Misra asked.

Senior advocate Indira Jaising, who appeared for the victim’s father, argued that the police had done a “good job”. She described the demand for a CBI probe as an “attempt to unscramble a scrambled egg”.

Jammu and Kashmir Chief Minister Mehbooba welcomed the Supreme Court’s refusal to transfer the case to the CBI.

“This will go a long way to boost the morale of our police force who in the face of great adversity have left no stone unturned to ensure that the deceased’s family gets justice,” she tweeted.