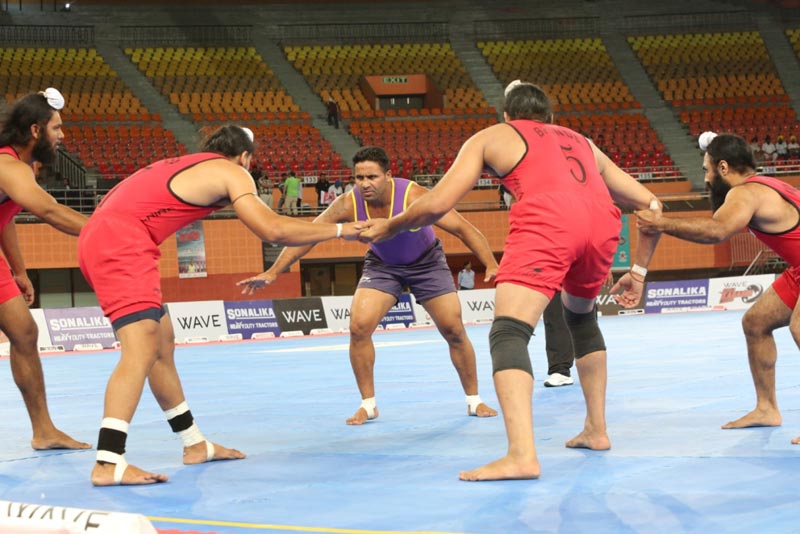 Mohali, India: Khalsa Warriors and United Singhs, the top two teams in the Wave World Kabaddi League, duly qualified for the final of the inaugural championships on Wednesday. The two teams who were first and second in the League phase, won their semi-finals by comfortable margins to march into the final and set up a mouth-watering title.

Khalsa Warriors led through the match in all four quarters against Vancouver Lions to post a superb win.

Soon after United Singhs showed great tenacity to rally from a first quarter deficit to level scores in second quarter and finally beat California in the last two to emerge worthy winners.

The final will be played on November 22, and it will be a preceded by a play-off for the third place between Vancouver Lions and California Eagles.

Khalsa Warriors moved on step closer to the inaugural Wave World Kabaddi title with an authoritative 70-60 win over Vancouver Lions in the first semi-final at the International Hockey Stadium in Mohali.

Khalsa Warriors, who won as many as 17 of their 21 Wave KL League stage matches were in command right through from the first quarter and carried on the momentum to become the first team to enter the final. On the other hand, Vancouver Lions, the giants from North America, made a valiant attempt in second and third quarters, but Khalsa Warriors egged on by the crowd were in no mood to relent. 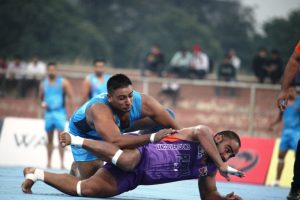 With seven stops in the opening quarter, Khalsa Warriors, showed that their defence was as good as their offense as they opened up a 20-12 lead in the first session. The star stoppers were Satnam Singh and Gurpreet Singh with good assistance from Bhupinder and Karandip.

Khalsa Warriors carried on the momentum into the second quarter as raiders Jasmanpreet (5), Manjot (5) and Gagandeep Jogewal (3) were in brilliant form, while stopper Satnam Singh Sattu once again had two successful stops as in first session.

Once again Khalsa Warriors’ stopper had two fine stops and he set the tone for the quarter as raiders Jasmanpreet Raju (8) and Manjot Gill (4) were in full flow outplaying Vancouver.

Despite Vancouver being aided by raiders Gagandeep Sabrawa (6) and Mandeep Singh (4) Khalsa Warriors extended their lead to 11 points at 54-43.

The final session, Khalsa Warriors consolidating that lead and they gave Vancouver no chance to make a comeback as they rounded off the match at 70-60

Quarter-Wise result of Match 86 was as below: 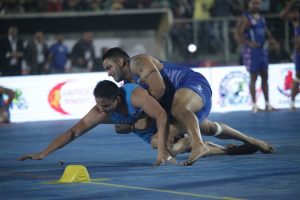 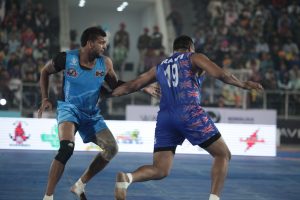 In the second semi-final, United Singhs won the toss and went on the first raid. But it was the stoppers, who had the early say with the first three raids being thwarted by the stoppers. California Eagle’s star stopper, Mikhail Jamaal, was successful in stopping Gagandeep Nagra in the very first raid and he again did that on the third with Navdeep Kumar. In between United’s Gurvinder Kahlon stopped California’s Sukhpal Singh, but after that Raiders found their feet.

In the second quarter, United Sighs made a good comeback and leveled scores at 31-31. Stopper Sandhu (3) and raiders Lovepreet Singh and Navpreet Singh were in great form. For California Eagles raiders Jagmohan Makkhi (3), Parneek Singh(2) and Baldev Singh (2) won most of the points.

The United Singhs’ comeback continued in third quarter and once again stopper Sandeep Sandhu (2) led from the front and found an able ally in Gurvinder Kahlon (2). Raiders Lovepreet Singh (6) and Navpreet Kumar (5) were once again the main contributors.

For California Eagles stopper Arvinderjeet Singh and Mikhail Jamal put up a good defence and raiders Baldev Singh (4) and Sukhpal Singh (4) added their bit but even then United Singhs moved ahead by three points to 47-44.

In the final quarter, United Singh did not look back and with a superb all-round performance led by raiders Lovepreet and stopper Sandhu, they emerged winners by 63-58. 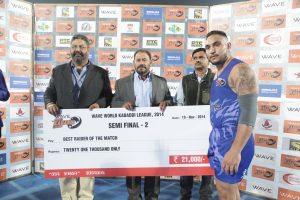 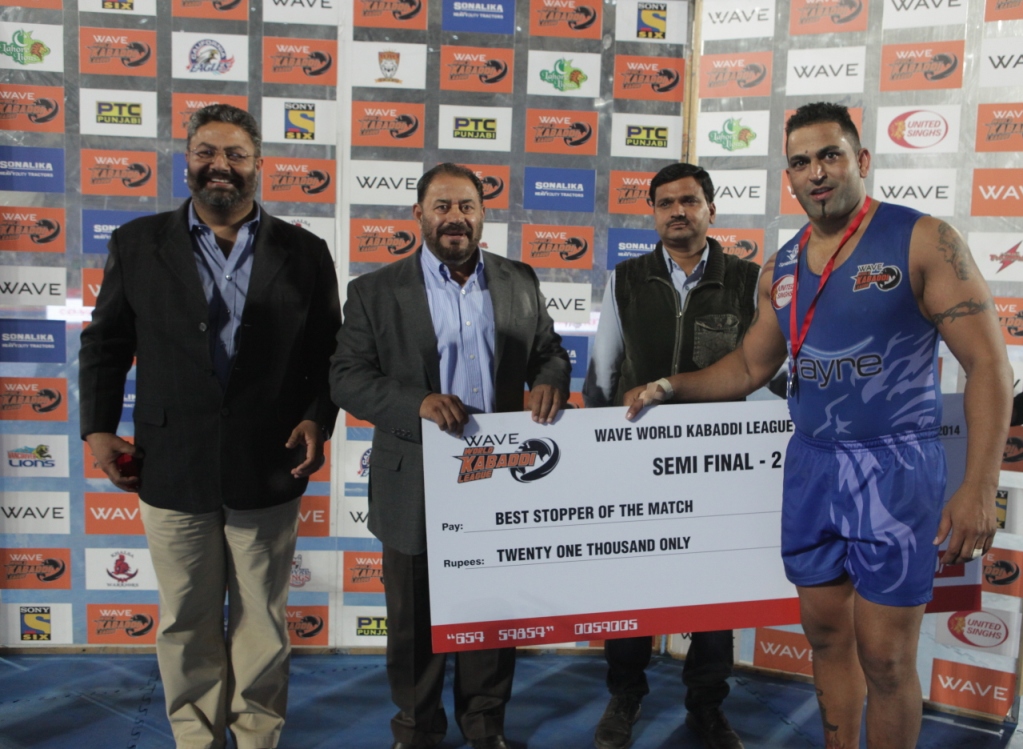 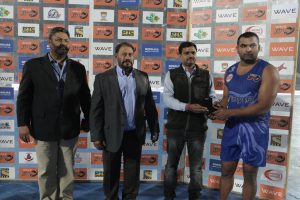