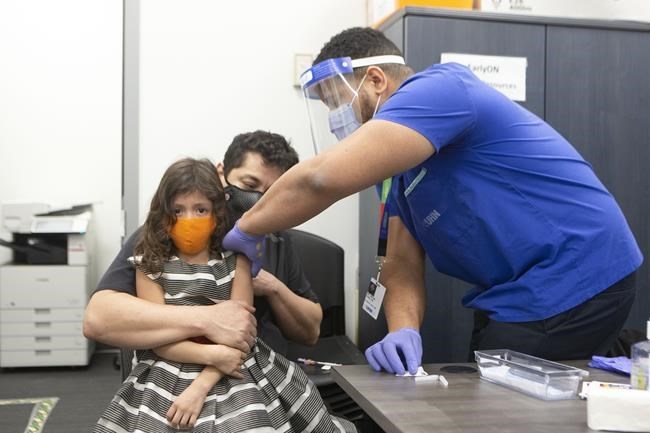 Ottawa: The timing of the Omicron outbreak in Canada may have hurt the uptake of pediatric vaccines at a time when kids need them most.

Child-sized doses of Pfizer’s COVID-19 vaccine were approved for children aged five to 11 on Nov. 19, 2021, and many provinces began injections the following week, just as the first cases of the highly contagious Omicron variant showed up in Canada.

Vaccine hesitancy expert Kate Allen warned early on that parents would be slower to vaccinate their five to 11-year-olds than they were to vaccinate themselves or even their older kids, since parents tend to be more cautious when it comes to young children.

But the vaccine rate is even lower than she expected, even though evidence about the safety of the shot for kids has been positive.

In the two months since they were approved, only 51 per cent of children in that age group have had at least one dose.

That’s compared to more than 72 per cent of 12 to 17-year-olds who got at least one jab two months after most provinces began to offer them.

“I think the impression probably that the public health community had was that there’d be a little bit quicker uptake than there has been,” said Allen, a post-doctoral research fellow at Centre for Vaccine Preventable Diseases at the University of Toronto.

One reason could be that provinces starting offering pediatric doses of the vaccine just as the Omicron variant of COVID-19 began to spread.

“I think there was a real focus on that, and so that may have sort of taken away a little bit of attention from sort of five-to-11-year-old population,” Allen said.

That may now be changing.