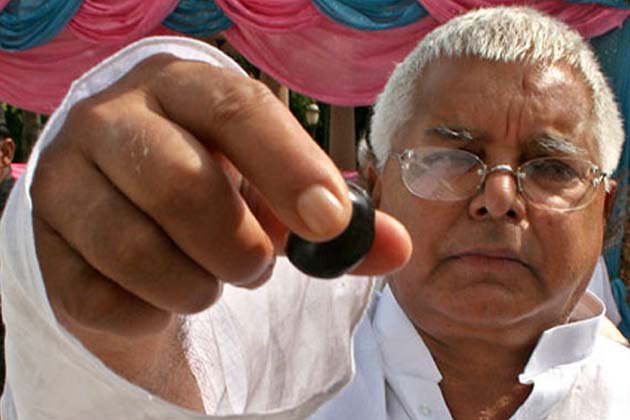 Ranchi: A special CBI court on Wednesday sentenced former Bihar Chief Ministers Lalu Prasad and Jagannath Mishra to five years in prison in a fodder scam case and slapped a fine of Rs 10 lakh on the former and Rs 5 lakh on the latter.

The special Central Bureau of Investigation court Judge S.S. Prasad pronounced the judgment related to the fraudulent withdrawal of Rs 33.67 crore from the Chaibasa Treasury in 1992-1993.

The special CBI court has convicted 50 people and acquitted six in this case.

This is third case in the fodder scam in which the Rashtriya Janata Dal chief has been convicted, while it is the second for Mishra.

The CBI judge pronounced the quantum of sentence at 2 p.m. The court slapped two fines of Rs 5 lakh against Lalu and a Rs 5 lakh fine on Mishra.

Earlier at 11 a.m., Lalu Prasad was brought to the CBI court from the Birsa Munda Central Jail, where he has been lodged since January 6 following his conviction on December 23, 2017 for three and half years in a fodder scam case related to the Deoghar Treasury.

Of the 50 convicted in the Chaibasa treasury case, six are politiciana, three former IAS officials, including former Jharkhand Chief secretary Sajjal Chrkravarty and others.

The convicted also included four women, who were suppliers in the fodder scam and each of them were awarded three years imprisonment and a fine of Rs 50,000 fine each.

There were total 76 accused in the case, of whom 14 died during the trial while three turned CBI approvers, two admitted to their crime and one is absconding.

After convicting the accused the CBI court asked whether argument on quantum of sentence should take place on Wednesday or another date be fixed.

Lalu Prasad’s lawyer requested to hear the argument on the day itself and requested a minimum punishment citing health grounds.

In this case the CBI had filed its charge sheet in 2001.

Talking to reporters, Lalu Prasad’s son Tejashwi Yadav said: “This is not the final court. We will move the High Court.”

The RJD chief was convicted in the fodder scam case for the first time in 2013 and was awarded five years imprisonment.

The multi-million fodder scam case surfaced in the undivided Bihar in the 1990s.

A Patna High Court directive ordered the case probe to be handed over to the CBI. The allegation against Lalu Prasad is that he ignored the scam reports in his capacity as the Finance Minister.

Lalu Prasad is facing a total of six cases in the fodder scam and he has been convicted in three cases.

Trials in two cases were ongoing in the Ranchi CBI court and in one case trial is underway at Patna.