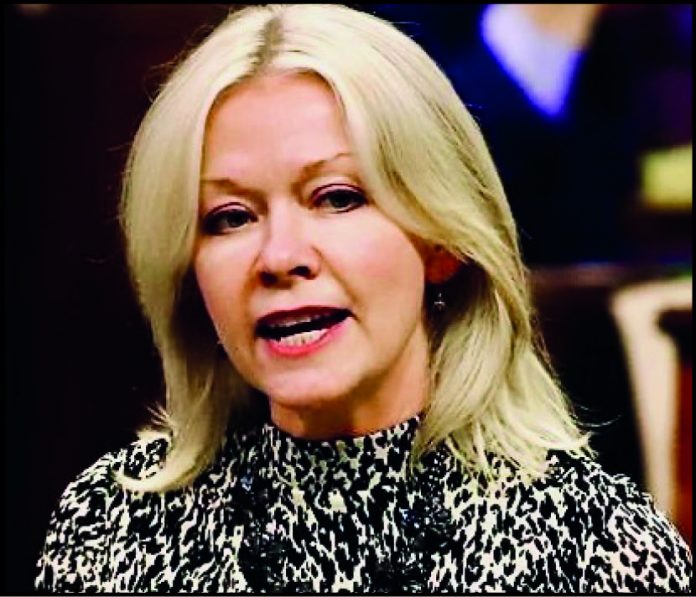 Ottawa: Conservative interim leader Candice Bergen says leadership contenders should avoid calling those they disagree with on policy “not Conservative.’’
Bergen, who was first elected in 2008 and has led the party since early February, says Conservatives shouldn’t play “identity politics’’ by pitting one group against another for instance, social conservatives versus Red Tories.
“When you wedge, divide and polarize, people are pulled down, they’re not lifted up. So as a party, we should not be doing the same thing we’re criticizing the Liberals for doing,’’ she said in an interview Thursday with The Canadian Press.
The Manitoba MP and former deputy leader took over the party’s top job after a majority of MPs voted to oust Erin O’Toole following weeks of anger and tension that built behind closed doors.
The Conservative party is set to pick its new permanent leader Sept. 10.
At least eight candidates have entered the race, including former Quebec premier Jean Charest, Brampton, Ont., Mayor Patrick Brown and Ottawa-area MP Pierre Poilievre.
Two more have launched campaign-style websites, but haven’t officially announced a bid, including former Conservative deputy leader Leona Alleslev, who in 2018 crossed the floor from the Liberals and was defeated in last year’s general election.
Poilievre’s campaign has dismissed Charest as being a Liberal for having led the federalist Quebec Liberal party after his time as leader of the former Progressive Conservative party in Ottawa. Bergen says she believes leadership candidates must account for their past actions and honestly tell members where they believe the party needs to go in the future.
“That’s all fair game,’’ she said. “I would very much encourage the leadership candidates and the people with them to challenge each other on those things.’’
But she said that need not involve questioning whether they are really Conservatives.
“I think that we should not be calling people not Conservative, if they have policy that might be different than my particular one or someone else’s particular one.’’
As interim leader, she steers the party through its third leadership race in the last six years and a lengthy spell as the Official Opposition to the Liberal government.
She also took over as protesters with large trucks blockaded downtown Ottawa, blaring their horns incessantly, demanding that COVID-19 health measures end and Prime Minister Justin Trudeau be removed from office.
By Stephanie Taylor
The Canadian Press