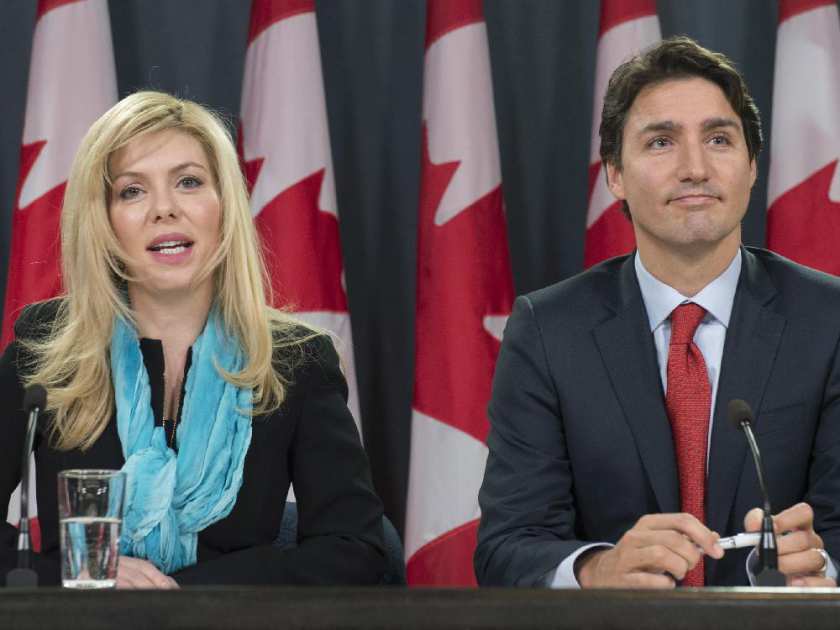 By Terry Pedwell, The Canadian Press
Ottawa: Liberals who helped defeat Eve Adams in her bid to run as the party’s candidate in a Toronto riding said Monday they’ve done Justin Trudeau “a big favour.”
But both the Conservatives and one Toronto political science professor say the Liberal leader will still face criticism during the upcoming federal election campaign for taking the Tory defector under his wing in the first place.
Adams had been seeking the Liberal nomination in
Eglinton-Lawrence, where she would have faced off against her former
fellow Conservative caucus mate, Finance Minister Joe Oliver.
But Adams, who was welcomed into the Liberal fold by Trudeau in February after she had a falling out with the Tories, was handily defeated by Marco Mendicino in a weekend nomination vote.
“I think we did Trudeau a big favour by bringing in and having a candidate here who really is a genuine Liberal,” said Mike Colle, a Liberal who represents the riding in the Ontario legislature.
Adams would win the federal nomination “over my dead body,” Colle predicted in a Facebook post in February.
“I’m happy to be alive and standing,” he joked Monday. “I’m very glad to have survived that.”
But Trudeau will likely continue to be shadowed by the Adams defection throughout the campaign in advance of the Oct. 19 federal election, said University of Toronto political science professor Peter Loewen.
“I think it was a mistake for (Trudeau) ever to invite her in,” Loewen said. “He should have asked his caucus and given the caucus a chance to pass judgment on her membership.
“It was a strategic mistake, it was a political mistake on values. It was just a bad mistake all around.”
Already, Conservatives are hinting they aren’t about to forget the defection and Trudeau’s subsequent willingness to welcome Adams, and are honing their messaging accordingly.
Oliver was quick to rub salt in, issuing a statement on the heels of Adams’ defeat that accused Trudeau of trying to override the wishes of local Liberals.
And at an appearance Monday in Saint-Jean-sur-Richelieu, Que., Conservative cabinet minister Jason Kenney urged Trudeau to take responsibility for what he described as a “slightly bizarre decision.”
“It’s proof of his bad political judgment that he endorsed Ms. Adams,” Kenney said.
In fact, when Adams joined the party in February, Trudeau indicated that her willingness to do some tough slogging in a difficult riding was central to the decision to welcome her into Liberal ranks.
“One of the things that we agreed is that she’s going to have to convince an awful lot of Liberals and local folks that she is the best voice for them,” he said at the time.
Indeed, it was to Trudeau’s credit that the nomination process appeared to be an open one, said Loewen. “It appears the fix wasn’t in.”
And the nomination battle may have galvanized support for the Liberals, at least in the Eglinton-Lawrence riding, say political watchers.
Volunteers came out in droves “like I’ve never seen before” to keep the nomination from Adams, Colle said.
Adams left the Harper Conservatives amid allegations of dirty tricks related to a Tory nomination battle last year.
Her public embrace by Trudeau raised eyebrows in Liberal circles, prompting speculation that the true prize was her fiance, Dimitri Soudas _ a former spokesman for Prime Minister Stephen Harper with inside knowledge about every Conservative riding in the country.
Soudas left the Conservative party establishment and has since become a Liberal supporter.
Calls to Adams’ campaign manager, Tom Allison, were not immediately returned Monday.
© 2015 The Canadian Press