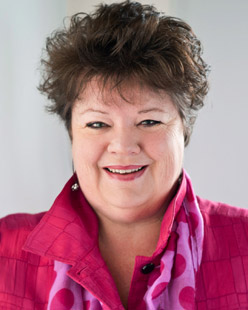 VICTORIA – Among the Plecas Report’s most serious allegations is that the Clerk pocketed a staggering $258,000 ‘long-service award’ for which he may not have been eligible. (Page 44)

The Report indicates the payment occurred in 2012 at the direction of BC Liberal Speaker Bill Barisoff. Although the benefit was established in 1984 and replaced in 1987 by a salary increase for table officers, Barisoff claimed in a 2012 memo “this programme was a condition of employment when the current Table Officers were appointed by the Legislative Assembly.” (Exhibit 17, p.10)

But after concerns about the payments were raised by the Auditor-General in 2013, incoming Speaker Linda Reid asked for more information from Legislature HR Director Jo-Anne Kern.

Kern dug up James’ 1987 offer of employment and advised Reid in a memo:

“His offer of employment from the Legislative Assembly contained no reference to an Executive Benefit Plan or to a benefit recognizing years of service. It would therefore appear that Mr. James was not a party to the original years of service/executive benefit plan.” (Exhibit 17, p.4)

Kern’s memo also contained a letter from Deputy Clerk Kate Ryan-Lloyd dated February 20, 2013. Ryan-Lloyd had returned her payment, saying “I continue to be uncomfortable with accepting such a sizeable payment as a long-service award.” (Exhibit 17, p.68)

In summary, Linda Reid was told:

Instead of sounding the alarm, Linda Reid kept silent. In fact, Kern’s report mysteriously disappeared from the Legislature’s files and could not be located by Plecas, except for a single former staff person who kept a copy, “anticipating that its existence might one day be disputed”. (Page 49)

When asked yesterday about Linda Reid’s involvement, BC Liberal Leader Andrew Wilkinson admitted he hasn’t even spoken with Reid:

“I haven’t spoken with Linda Reid yet, because I want her to have her own opportunities to sort things out without any involvement from me. She needs to be able to speak for herself.” (CBC, Jan 24)

BC NDP on the record:

“Linda Reid was warned that Craig James may have improperly pocketed a quarter million dollars, but she refused to act. The closer we look at this scandal, the more we see the disturbing connections between Craig James and the BC Liberals. Under Andrew Wilkinson, these are the same old BC Liberals who put themselves and their rich friends first while making everyone else pay the price.” –Janet Routledge, BC NDP MLA for Burnaby North & LAMC Member