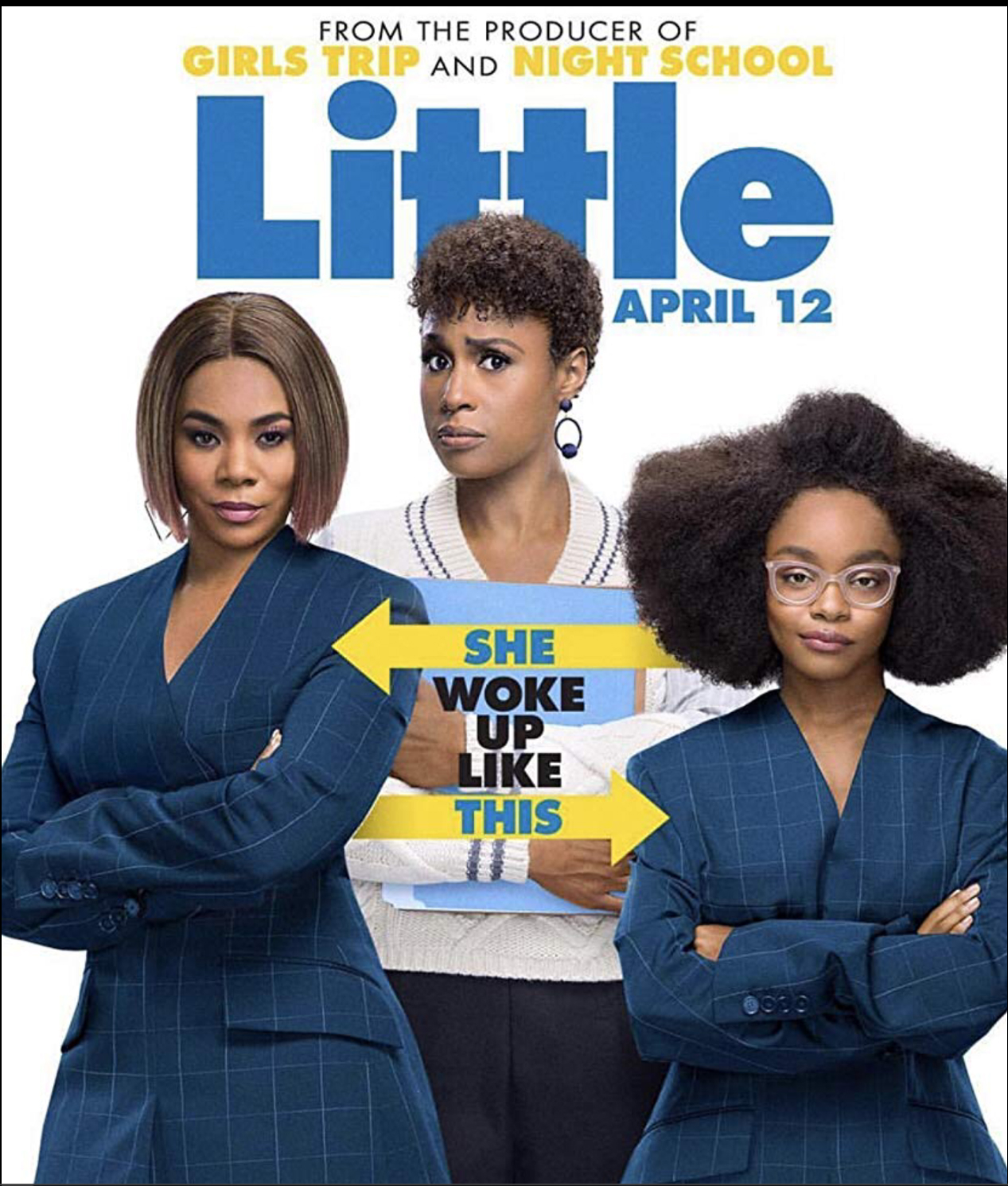 Role reversal comes in for big laughs In Universal Studios Little. Hot film exec Will Packer continues to impress with a top flight cast fully engaged in this two-hour romp now unfolding at Cineplex Cinemas and Landmark Theatres around B.C.

Wise beyond years and a lady whose learned her lesson is Jordan. Played as an adult by Regina Hall it’s fun to learn about this corporate dynamo’s childhood. Thanks to a good script and plenty of red hearings we see Jordan somehow returned to her childhood and get shrunk back down to size. So now we have a full-grown Mature woman residing in a child’s body. Let the games begin.

Like a modern day Big Little shows, the ups and downs an adult could have and smartly gives it considerable backstory highlighting the effects of growing up – good and bad. With a top flight cast and some very funny quips Little is big time fun.