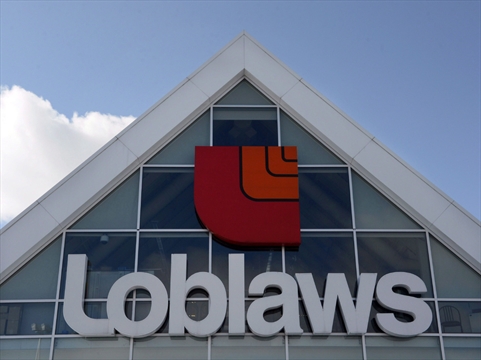 Toronto: Loblaw Companies Ltd. has put its neighbourhood drug stores and supermarkets under a microscope as it responds to increasing competition and will shutter 52 locations in the coming year after concluding they fell short of expectations.
The company said in its second-quarter earnings report on Thursday that the closures will save $35 million to $40 million in annual operating income, despite the loss of $300 million in sales.
Loblaw president and executive chairman Galen Weston Jr. said that the company is focused on finding efficiencies as growth slows.
In a normal year, he added, the company would close 10 to 15 stores.
“Yes, it’s an increase, but it’s not radically different,” he said in a conference call with analysts and investors. “It doesn’t signal any kind of change from a strategic perspective.”
The closures will be distributed across the country and include previously announced closures of Joe Fresh operations in the U.S., though they would not make a “material change” to the clothing line’s Canadian locations, he said.
In its latest annual report, the company had more than 2,300 locations for its many brands including Loblaws, Shoppers Drug Mart, No Frills and Joe Fresh.
Weston would not identify which locations are due to close as the company has yet to notify affected employees, but he said the list included gas stations, pharmacies and grocery stores, in addition to the Joe Fresh locations south of the border.
Loblaw chief financial officer Richard Dufresne said the company did a review of all of its stores following the completion of its buyout of Shoppers Drug Mart last year and identified 52 that were consistently underperforming and unprofitable.
The company said in March it would build 50 new stores and renovate or improve more than 100 existing ones this year as part of a $1.2 billion expansion. Weston said those plans are still on track.
In May, the company said it was shuttering some Joe Fresh stores in the United States and would not renew a deal to sell its discount clothing in J.C. Penney stores when it expires early next year.
Loblaw announced the closures, which will affect about one per cent of its total retail square footage, as it reported a second-quarter profit of $185 million or 45 cents per share in its latest quarter. That compares with a loss of $456 million or $1.13 per share in the same period a year ago.
On an adjusted basis, Loblaw says it earned $350 million or 85 cents per share in the quarter compared with an adjusted profit of $297 million or 74 cents per share a year ago.
Revenue grew to $10.54 billion, up from $10.31 billion a year ago.
Canada’s retail market has become increasingly competitive as companies such as Loblaw and Wal-Mart have sought to diversify their sales and make their stores into one-stop shops for all of the daily necessities.
Loblaw isn’t the first to consolidate its operations in the face of such competition. In June, Sobeys and Safeway owner Empire Co. Ltd. said it was cutting 1,300 jobs from its back-office and logistical operations, following a June 2014 decision to close 50 stores.