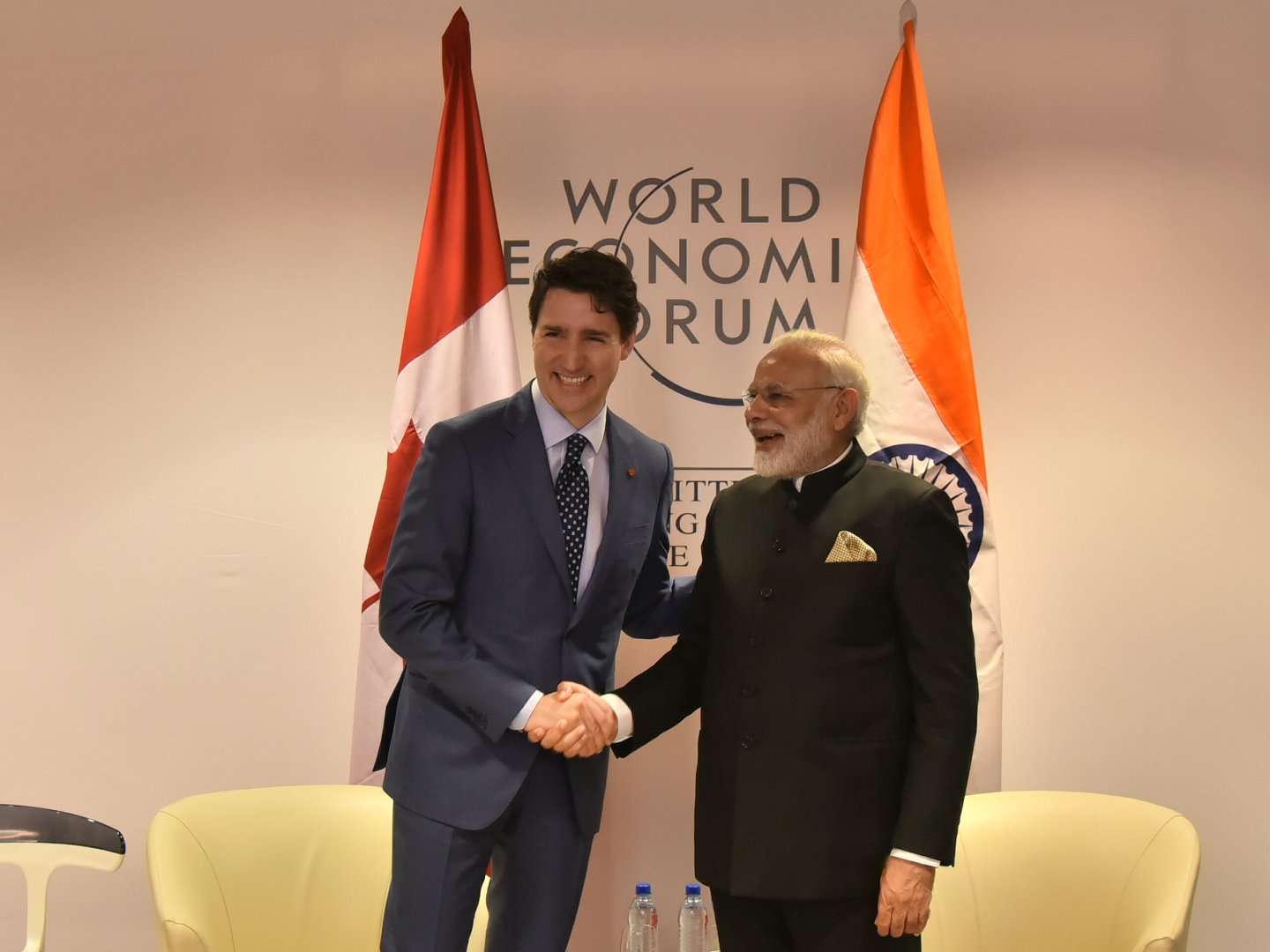 New Delhi: With questions raised over his silence so far ever since Canadian Prime Minister Justin Trudeau’s arrival in India on Saturday, Prime Minister Narendra Modi on Thursday evening welcomed him on his visit and said that he looked forward to meeting him on Friday.

“I appreciate his deep commitment to ties between our two countries,” he said.

In a separate tweet, Modi said that he hoped Trudeau had an enjoyable visit to India so far and that he particularly looked forward to meeting Trudeau’s three children Xavier, Ella-Grace and Hadrien.

He also posted a picture of him along with Trudeau and Ella-Grace during his visit to Canada in April 2015.

Modi’s comments came even as a row broke out about an invitation being extended to convicted Khalistan separatist Jaspal Atwal by the Canadian High Commission here for a reception on Thursday night in honour of the visiting dignitary.

The High Commission has since rescinded the invitation and the Indian External Affairs Ministry has said that it is being ascertained how India issued a visa to Atwal.

In 1987, Atwal and three others were found guilty of the attempted assassination of a Punjab state minister who was on a visit to Canada the previous year and were sentenced to 20 years in prison.

The incident was the latest to happen amid wide speculation of Modi and his government cold-shouldering Trudeau during his eight-day state visit to India that started on February 17. The visiting dignitary and his family have since visited Agra, Ahmedabad, Mumbai and Amritsar.

While Modi did not accompany Trudeau to Ahmedabad, a meeting with Punjab Chief Minister Amarinder Singh at Amritsar on Wednesday was organised only at the last moment.

Ties between New Delhi and Ottawa have been frosty in recent times as Canada is being seen as offering a platform to separatists demanding an independent Khalistan.

The visit of Trudeau, who assumed office in November 2015, comes after the visit of Modi to Canada in April that year.