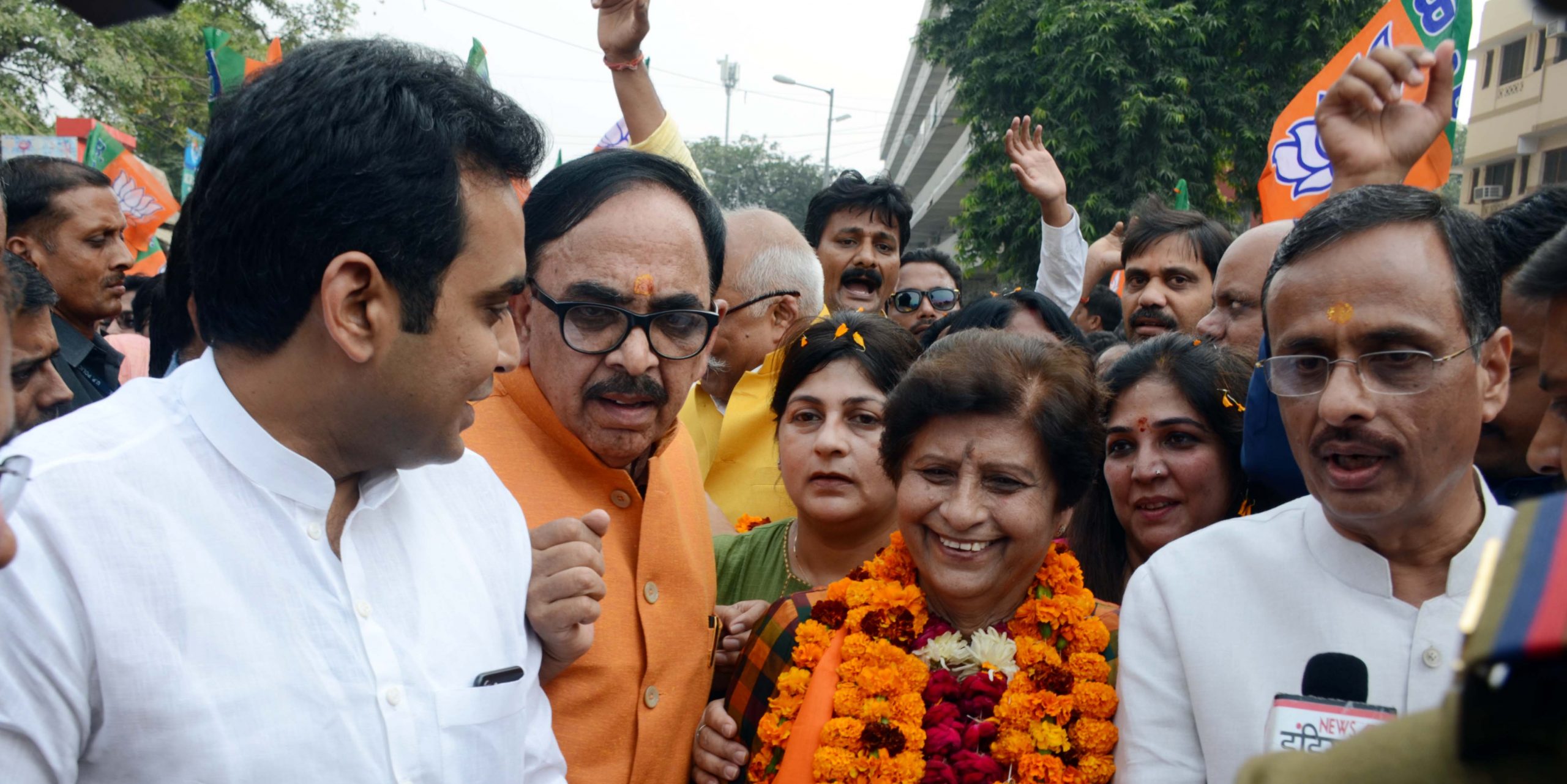 Lucknow: Bharatiya Janata Party’s Sanyukta Bhatia was on Tuesday sworn in as the first woman Mayor of the Uttar Pradesh capital

Along with her, 110 newly elected corporators were also administered the oath of office in presence of a large number of their supporters, party workers, family members.

Soon after taking oath, Bhatia said that her top most priority was to improve the cleanliness rankings of the state capital and added that the corporation would seek all support and help from the state government to faster development of the city.

She also batted for more teeth to the civic body and the Mayor as well as implementation of the Constitution’s 74th Amendment. Bhatia also hinted that the municipal corporation would soon crack down on encroachments on roads.

Urban Development Minister Suresh Khanna as well as other senior colleagues like Rita Bahuguna Joshi, Ashutosh Tandon and Brajesh Pathak along with legislators of the ruling party were also present at the oath-taking ceremony.