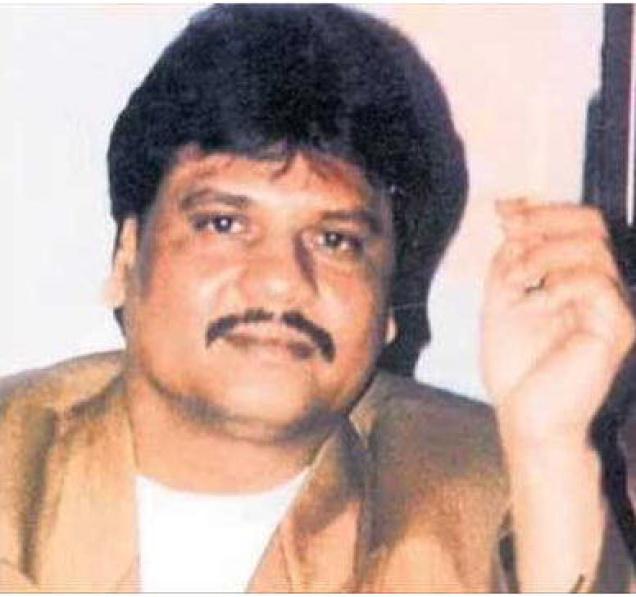 Mumbai/New Delhi: Absconding mafia don Rajendra Sadashiv Nikhalje alias Chhota Rajan, a trusted aide turned bitter foe of mob boss Dawood Ibrahim, has been arrested in the Indonesian resort Bali, Indian authorities said on Monday.
CBI director Anil Kumar Sinha said Chhota Rajan, who once operated out of Mumbai and was wanted in India for a series of serious crimes, was taken into custody on Sunday when he was travelling under a false identity — Mohan Kumar.
Sinha said the 55-year-old gangster was also involved in the killing of veteran Mumbai journalist J. Dey in Mumbai on June 11, 2011.
Home Minister Rajnath Singh thanked Interpol and the Indonesian government for nabbing Chhota Rajan, who began life as a black marketer of movie tickets before embracing murders, extortion, kidnappings and more.
It was not clear how and when Chhota Rajan would be brought to India as New Delhi and Jakarta don’t have an extradition pact. Some reports said he would be deported to India later this week.
“India was active on this case… I want to thank Interpol and the Indonesian government for this. Post-verification, investigation will be taken forward,” Rajnath Singh said in New Delhi.
This is billed as the biggest victory for Indian security agencies after the arrest of mafia don Abu Salem Ansari in Portugal in September 2002. He was deported to India in November 2005.
Chhota Rajan operated from Chembur and surroundings in Mumbai from the mid-1970s when he became a trusted henchman of Dawood, now India’s most wanted don who reportedly lives in Pakistan.
Dawood and Chhota Rajan fell out after the bloody March 1993 Mumbai serial blasts that Dawood ordered to avenge the communal riots in the city two months previously and the earlier Babri mosque razing.
Chhota Rajan slipped out of India in 1995 and remained on the run till his arrest on Sunday.
According to media reports, the don — declared a wanted man by Interpol since 1995 — flew into Bali, home to a large number of Hindus, from Sydney on Sunday afternoon.
The arrest is expected to have both immediate and long-term implications for Mumbai’s underworld.
The Indonesian police acted following a tip from from their Australian counterparts, a Bali police official said. The Australian Federal Police had been tracking Chhota Rajan.
Chhota Rajan started life as a black marketer of movie tickets over two decades ago. Slowly, he took to murders, extortion, kidnappings and other serious crimes once he joined the Mumbai underworld.
Born in a middle-class Marathi family, Nikhalje earned the nickname Chhota Rajan when he took over the gang of his mentor, Rajan Nair alias Bada Rajan, who was killed in the 1970s.
He then joined Dawood’s crime syndicate, popularly known as “D Company”.
Apprehending serious threats to his life after his rift with Dawood, Chhota Rajan reportedly took the help of Indian authorities to escape to Dubai under a fresh identity.
It was during the heyday of the Mumbai underworld in the 1980s and 1990s that the two gangs were engaged in bloody street wars, leading to many “encounter killings” by police.
The Mumbai Police finally gained an upper hand over the mafia by 2000.
In September 2000, Dawood’s men led by Chhota Shakeel tracked down Chhota Rajan to a hotel room in Bangkok. Posing as pizza delivery boys, they opened fire at him.
A stunned Chhota Rajan jumped out of the hotel’s first floor room and escaped but was seriously injured in the fall, breaking his back. But he survived and slipped out of Thailand.
His arrest has raised possibilities of the Indian authorities catching up with the infamous Dawood, police sources said.