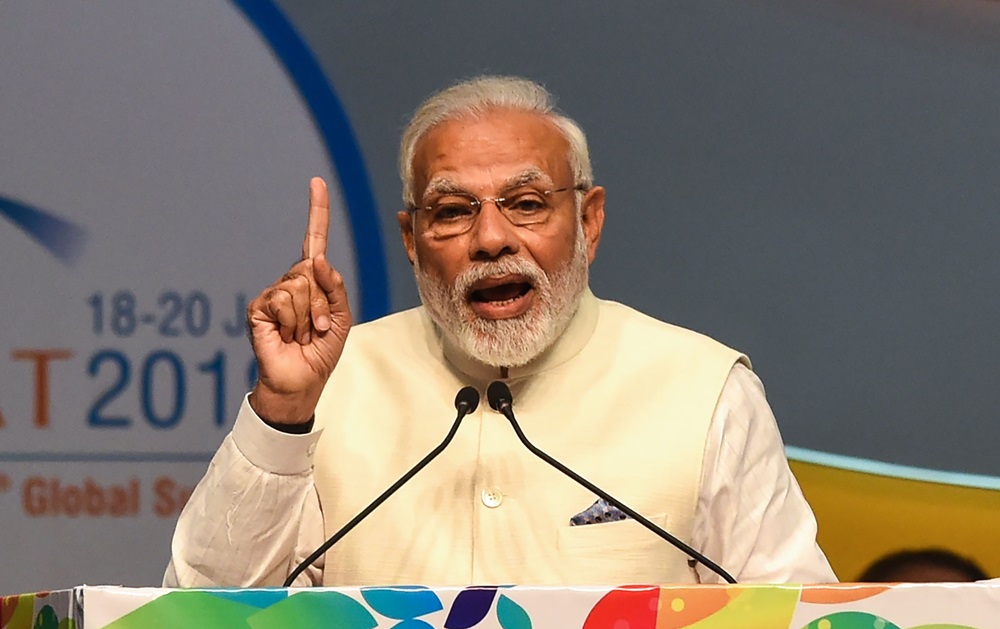 Madgaon: Taking a dig at the Opposition’s show of unity during a rally in Kolkata, Prime Minister Narendra Modi on Sunday said their “mahagathbandhan” (grand alliance) was an alliance of corruption, negativity and instability.

The Opposition was staring at a defeat in forthcoming elections and looking for excuses ahead of their impending loss and thus are vilifying electronic voting machines, Modi said, addressing BJP’s booth-level workers through video-conference.

Leaders from over a dozen opposition parties gathered in Kolkata Saturday and vowed to put up a united fight in the coming Lok Sabha elections and oust Modi from power.

Several opposition leaders at the rally demanded the use of ballot papers instead of EVMs which they said were the source of “all sorts of malpractices”.

“The Opposition’s mahagathbandhan is an alliance of corruption, negativity and instability. The Opposition has ‘dhanshakti’ (money power), we have ‘janshakti’ (people’s power),” Modi said.

He also wished the ailing Goa Chief Minister Manohar Parrikar a speedy recovery, and called him the “architect of modern Goa”.