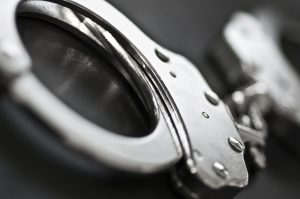 Vancouver: A witness to the double-shooting in Vancouver that caused one woman to lose her unborn child says she’s relieved that police have made an arrest in the case.

Dollie Middleton said she punched the man she alleges shot a pregnant woman and her friend, as he fled the scene of the shooting Friday morning on May 18.

Vancouver police have arrested 37-year-old Carleton Stevens of Surrey, for what they called a “targeted” shooting.

They have previously said it is not gang related.

Stevens has been charged with one count of attempted murder and one count of possession of ammunition or firearm contrary to a prohibition order. Investigators said they expect more criminal charges to be laid.

Police made the arrest Sunday night and Stevens remains in custody.

The 31-year-old woman who was shot was in the third trimester of her pregnancy, police said, and remains in serious but stable condition. The 23-year-old man from Langley, is recovering from his injuries.

Middleton said she works at the print shop below the apartment where she said the female victim was staying and knows the male victim.

She said she heard a “ruckus” Friday morning, saw some people she didn’t recognize, then called to her own boyfriend for help.

Middleton said she heard a “pop” and saw the woman, who said, “he shot me.”

“I could see her belly and a bullet hole, and it really scared me. I was freaking out,” Middleton said.

Middleton said the pregnant woman and the Langley shooting victim were friends.

When Middleton saw the man who she believed was responsible for the shooting, she said she started yelling at him.

“I just decked him and he decked me back.”

Middleton said he aimed a gun at her, too, but shot it at the ground.

Vancouver police have not confirmed Middleton’s allegations and said no further information will be released, as the matter is before the courts.

By Amy Smart, The Canadian Press