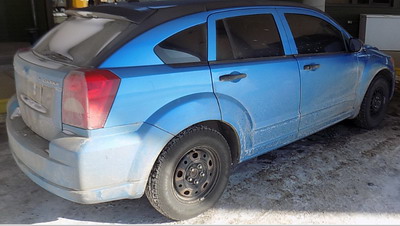 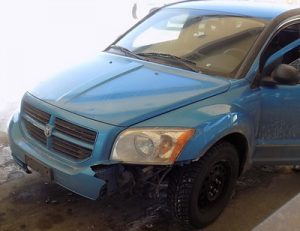 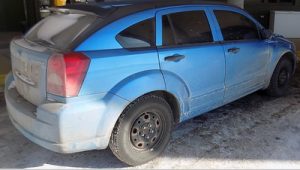 Multiple investigators are continuing their efforts after a man was arrested following a series of shootings that started in Northern BC and ended in the Lower Mainland.

The North District RCMP Major Crime Unit are continuing their investigation into a series of alleged vehicle shootings that spanned over an 8 hour period, beginning March 24 at 8:30 pm. Following these incidents, Police seeking the public’s assistance in locating the suspect vehicle which had been described as a 2009 4 door, blue Dodge Caliber bearing Ontario license plate CAVM918. Reports of shots fired at a passenger vehicle and semi-trucks were received from multiple communities including Houston, Burns Lake, Vanderhoof, Clucuz Lake, Prince George, Quesnel and 100 Mile House. There were no reported injuries.

Investigators of the Real-Time Intelligence Centre – BC (RTIC – BC) advised all British Columbia police officers of the incidents and asked them to be on the look out for the suspect vehicle.

On March 25, 2017, at approximately 3:35 pm, Chilliwack RCMP received a report that a man had allegedly been shot in the area of the Ford Mountain Forest Road. Police learned that the victim had fled the suspect and managed to find help when he came upon Canadian Forces personnel working at a range on Chilliwack Lake Road. Persons in attendance including military police and reservists provided first aid to the victim who was then airlifted to a Lower Mainland hospital. Due to the exceptional efforts of all first responders and medical staff, the 39-year-old Chilliwack resident survived and has non-life threatening injuries. He remains in hospital.

Given the new information about the Chilliwack shooting and that the suspect was believed to be armed and dangerous, police requested the assistance of the Lower Mainland Emergency Response Team (ERT), the Integrated Police Dog Service, and Air Services. An extensive ground and air search of the area was conducted.

Members of the Integrated Police Dog Service and the Lower Mainland Emergency Response Team, who were nearby, proceeded on foot up the Ford Mountain Forest Service Road through steep terrain to locate the suspect. At approximately 5:10 pm, they located the suspect and took him into custody without further incident. The man’s vehicle was located nearby.

“This proved to be an extremely fluid and fast-evolving situation. Public safety was our priority. To ensure the safe apprehension of the suspect, we engaged all specialized resources available and ensured all police personnel had what they needed. We cannot underestimate the role the quick coordination of resources and timely sharing of information had on the resolution of this incident” says C/Supt. Dave Attfield, Acting Criminal Operations Officers – Core Policing.

The man is currently facing one charge of unlawful possession of a firearm, with additional charges being considered. Discussions are underway with Crown Counsel and the male has been remanded in custody pending a court appearance on March 29th.

North District RCMP Major Crime Unit are continuing to investigate and coordinate all instances of shots fired at commercial and personal vehicles. Police are asking anyone who may have been the victim of a suspicious incident allegedly involving the suspect or suspect vehicle described above to contact their local police.

Investigators of the Chilliwack Serious Crime Unit are continuing their investigation of the incident that occurred in the Ford Mountains Forrest Service Road area. All investigative efforts will also look at the suspect’s movements prior to March 25 and possible motivations.

Police would like to thank the public for their assistance and vigilance during the incident.