Asian Journal
Home BC News Man dead in what RCMP say is a suspected targeted shooting in... 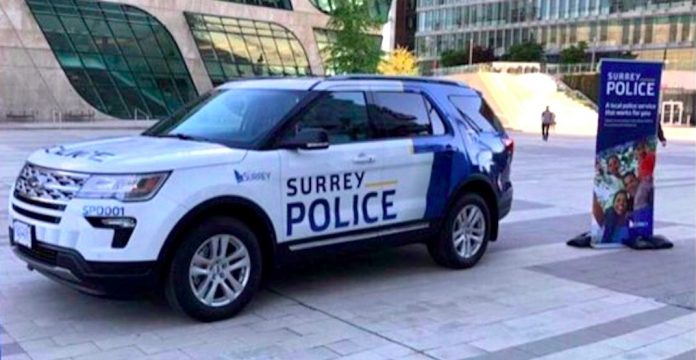 Surrey, B.C.: A man is dead after what RCMP say is an apparent targeted attack in Surrey, B.C.

A statement from police says it happened late Monday afternoon in a hotel parking lot on King George Boulevard.

The victim, whose name police have not released, was found at the scene but could not be revived.

No suspects have been identified but a silver four-door Infiniti was spotted leaving the area and police are determining if a burning car found a short time later about five kilometres away could be connected.

The shooting was the second targeted attack in Metro Vancouver in less than 12 hours.

Burnaby RCMP say a 59-year-old man who is known to them was shot and injured near his home in southwest Burnaby and is expected to recover.