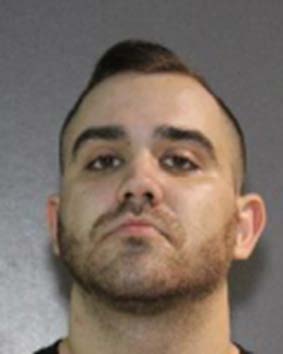 A fugitive, wanted in the murder of 28-year-old Nicholas Khabra of Surrey, was captured in the United States over the weekend.

Brandon Nathan Teixeira, 28-years-old, was arrested and taken into custody in Oroville, California on December 1, 2019, The arrest was made possible through a collaborative effort of the RCMP Liaison Office in Los Angeles, and a U.S. Marshals-led task force along with the Butte County SWAT, Tehama SWAT and the Chico Police Department.

His capture ends an international manhunt in which IHIT and the Combined Forces Special Enforcement Unit British Columbia worked together to locate Mr. Teixeira. “IHIT was also assisted by the BOLO Program and Crime Stoppers, which issued a substantial reward earlier this year for the suspect’s capture,” says Superintendent Dave Chauhan, Officer-in-Charge of IHIT. “We are also grateful for the assistance from US law enforcement which effected Mr. Teixeira’s arrest so that he may be brought to Canada to face the murder charge against him, providing some justice for the victim’s family and friends.”

On September, 6, 2018, following a year-long IHIT and CFSEU-BC investigation, Brandon Teixeira was charged with first degree murder and a warrant was issued for his arrest.

On April 3, 2019, IHIT joined forces with the BOLO Program and Crime Stoppers announcing a $55,000 reward for the arrest and capture of Mr. Teixeira.

“Brandon Teixeira’s arrest is the result of thousands of hours of dedicated work by dozens of officers in CFSEU-BC, IHIT, and many other police agencies in British Columbia and the United States,” says Superintendent Paul Dadwal, Acting Chief Officer for the CFSEU-BC. “Working through the U.S. Thanksgiving weekend, our partners in California were able to take Teixeira into custody. The message to criminals on the run, yet again, is that we will relentlessly pursue you until you face justice.”

IHIT and CFSEU – BC would like to thank the U.S. Marshals in Sacramento and Los Angeles, the Butte County Sheriffs Office, Chico Police Department, and the Tehama County Sheriffs Department.  We also want to acknowledge our partners from Crime Stoppers and the BOLO Program.

The U.S. Department of Justice’s Office of International Affairs of the Department’s Criminal Division and the U.S. Attorney’s Office for the Eastern District of California are handling the extradition proceedings.