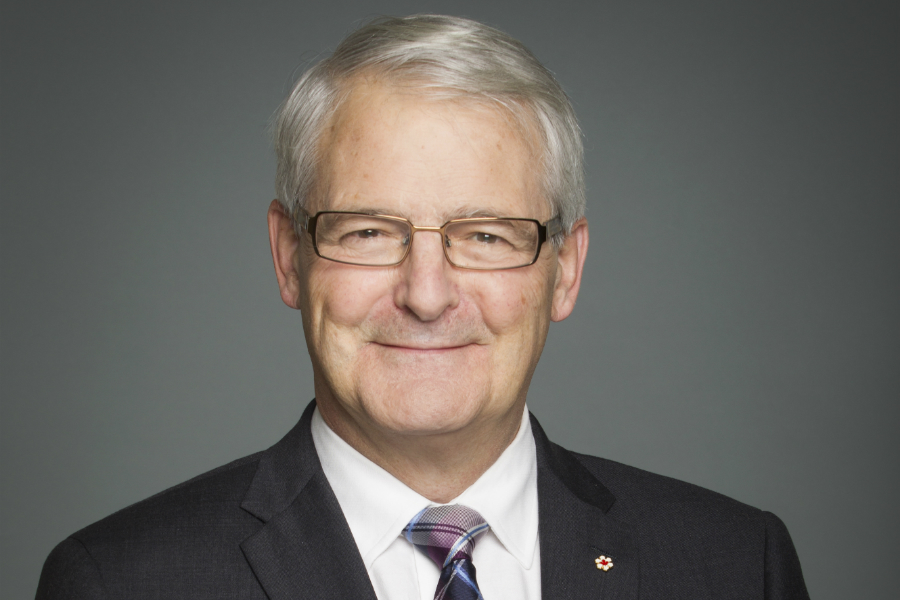 Ottawa: Transport Minister Marc Garneau is closing Canadian skies to the Boeing 737 Max 8 aircraft, effectively grounding the planes over safety concerns arising from the crash of an Ethiopian Airlines flight that killed everyone on board, including 18 Canadians.

The decision to ground the planes is a precautionary move that was made after a review of all the available evidence, Garneau told a news conference Wednesday in Ottawa that was twice delayed by what he called new incoming information.

“There are and I hasten to say not conclusive but there are similarities” between the Ethiopian Airlines flight profile and that of a Lion Air flight involving the same aircraft that crashed off the Indonesian coast in October, the minister said.

Those similarities, he said, “exceed a certain threshold in our minds with respect to the possible cause of what happened in Ethiopia. This is not conclusive, but it is something that points possibly in that direction, and at this point we feel that threshold has been crossed.”

The “safety notice” means none of the aircraft or a new version, the Max 9, which isn’t as widely used can fly into, out of, or over Canada, he added: “I will not hesitate to take swift action should we discover any additional safety issues.”

Garneau tipped off his American counterparts just before the announcement about the Canadians’ change of heart on the aircraft. Hours later, President Donald Trump announced that the United States would follow suit.

Trump said he had told American airlines about the decision as well as Boeing and all agreed with his administration’s decision. Any planes in the air will be grounded upon landing, and remain on the ground until further notice, Trump said, while Boeing works on a fix to the aircraft’s software.

“The safety of the American people and all people is our paramount concern,” Trump said in announcing his decision.

While aviation experts warn against drawing conclusions until more information emerges from the crash investigation, numerous jurisdictions, including China, Germany, the United Kingdom and the European Union, had grounded the Max 8 or banned it from their airspace before Canada and the U.S. did.

Garneau said evidence about multiple Boeing 737 Max 8 flights suggests a worrying correlation between the Ethiopian Airlines crash and the tragedy in Indonesia less than five months ago. In certain circumstances, the planes’ systems try to tilt their noses down, contrary to the efforts of pilots a pattern that was seen in both flights before they crashed, he said.

“I would repeat once again that this is not the proof that this is the same root problem,” he emphasized. “It could be something else.”

Passenger-rights advocate Gabor Lukacs said Wednesday that it would be prudent for Garneau to suspend use of the aircraft until questions are answered about what caused the Ethiopian crash.

He said airlines should allow passengers to rebook on other planes or cancel their tickets without penalty if they have apprehensions about flying on a Max 8.

Garneau said affected travellers should contact their airlines to find out what to do, he added.

“There will be some disruption, there’s no question about that,” he said, but safety is more important. He said he hopes the planes will be flying safely within weeks.

In a statement Wednesday, before the order from Transport Canada, Air Canada spokeswoman Isabelle Arthur said the airline has a “flexible rebooking policy” that includes options to change flights to another aircraft if space permits, but wouldn’t indicate if that comes with a fee.

“Based on real information and data, and ongoing consultations with government safety regulators including Transport Canada and the FAA, we have full confidence in the safety of our fleet and operations and we continue to operate the 737,” she said in an email.

Air Canada, along with Southwest and American Airlines, had been the major outliers in resisting a grounding of the planes. Air Canada has 24 Max 8 aircraft (out of 184 in its main fleet), which it uses mainly for domestic and U.S. routes, while Calgary-based WestJet Airlines Ltd. has 13 Max 8s (out of about 150 planes).

Air Canada cancelled London-bound flights from Halifax and St. John’s, N.L., after the United Kingdom banned all Boeing Max 8 jets from its airspace.

The U.S.-based Boeing had said it had no reason to pull the popular aircraft from the skies and did not intend to issue new recommendations about the aircraft to customers.

Garneau said the American authority is “an extremely professional organization” and Canada is “very comfortable” with it as a certifying agency for American makers’ airplanes.

By Jordan Press, The Canadian Press