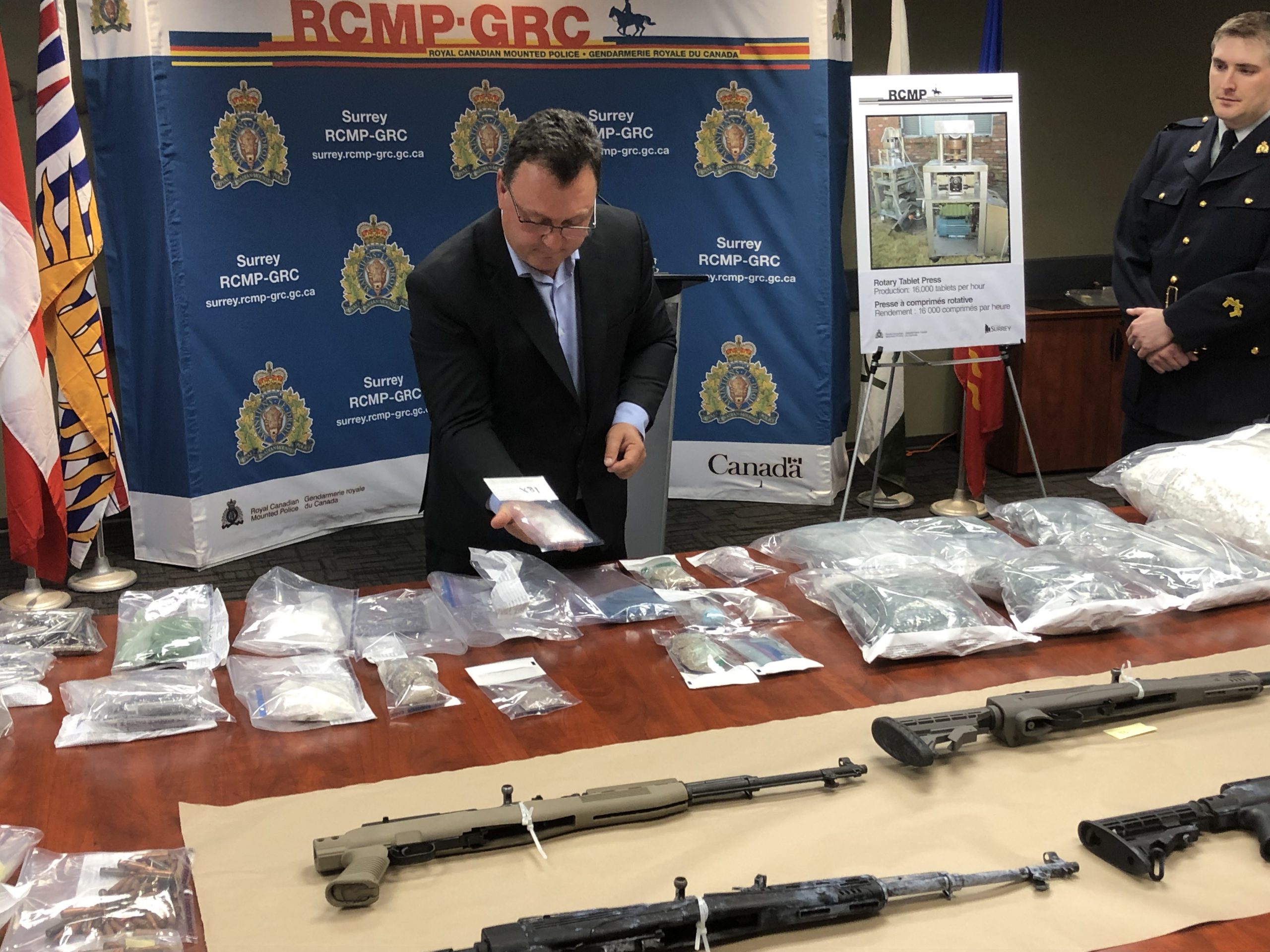 Surrey RCMP is advising the public of a substantial drug seizure from a residence in the South Surrey area and the subsequent dismantling of a large clandestine laboratory.  Police believe this operation is linked to the Brothers Keepers group, who are involved in the ongoing Lower Mainland Gang Conflict. 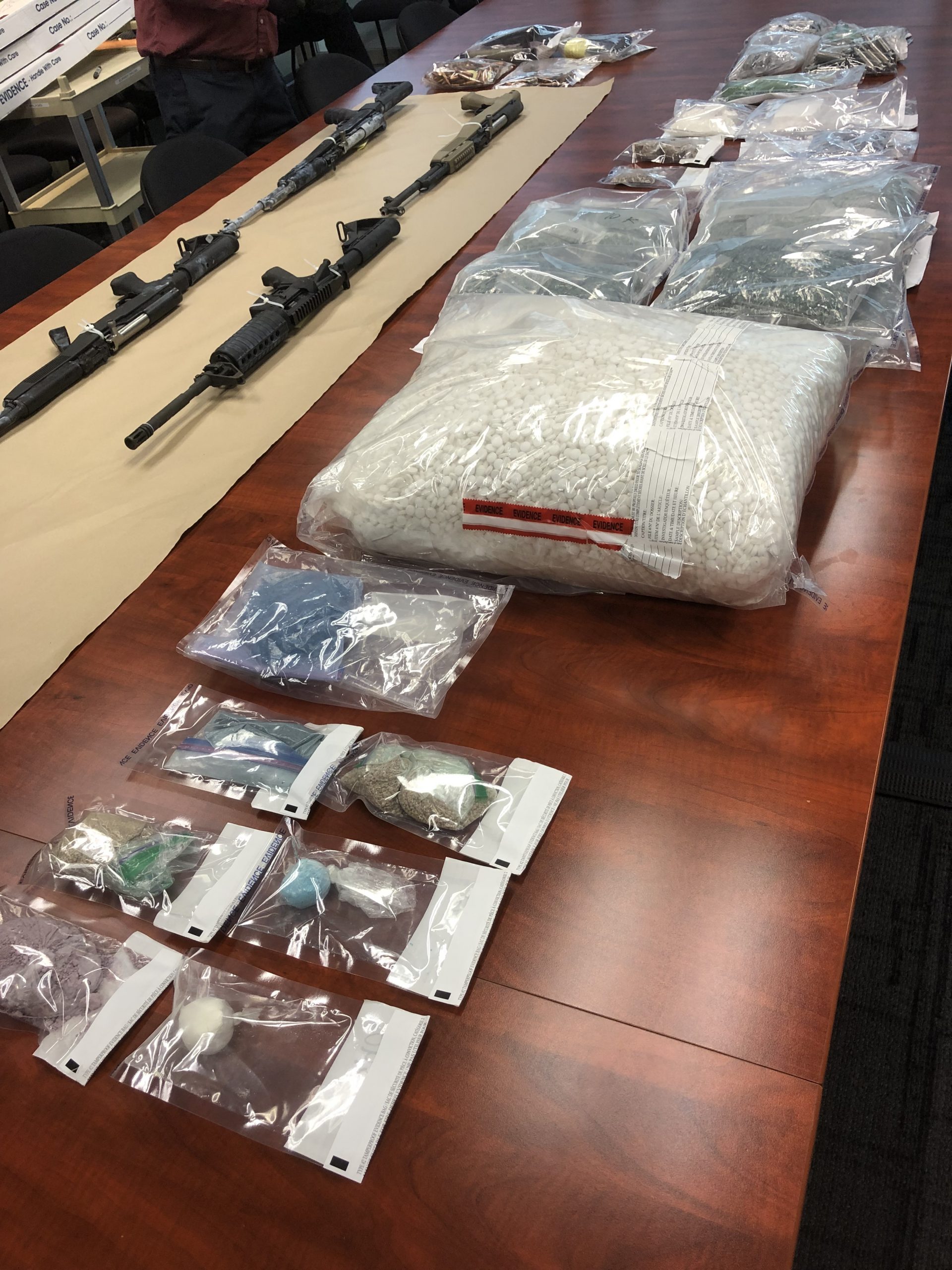 On August 6, Surrey RCMP Drug Section executed a search warrant on a residence in the 16300-block of 14A Avenue as a result of an ongoing investigation supported by the Surrey RCMP Frontline. The search warrant was executed with the assistance of the Surrey Gang Enforcement Team and the Federal Serious and Organized Crime Unit’s Clandestine Lab Enforcement and Response (CLEAR) Team, which supports RCMP detachments in investigating clandestine drug labs. 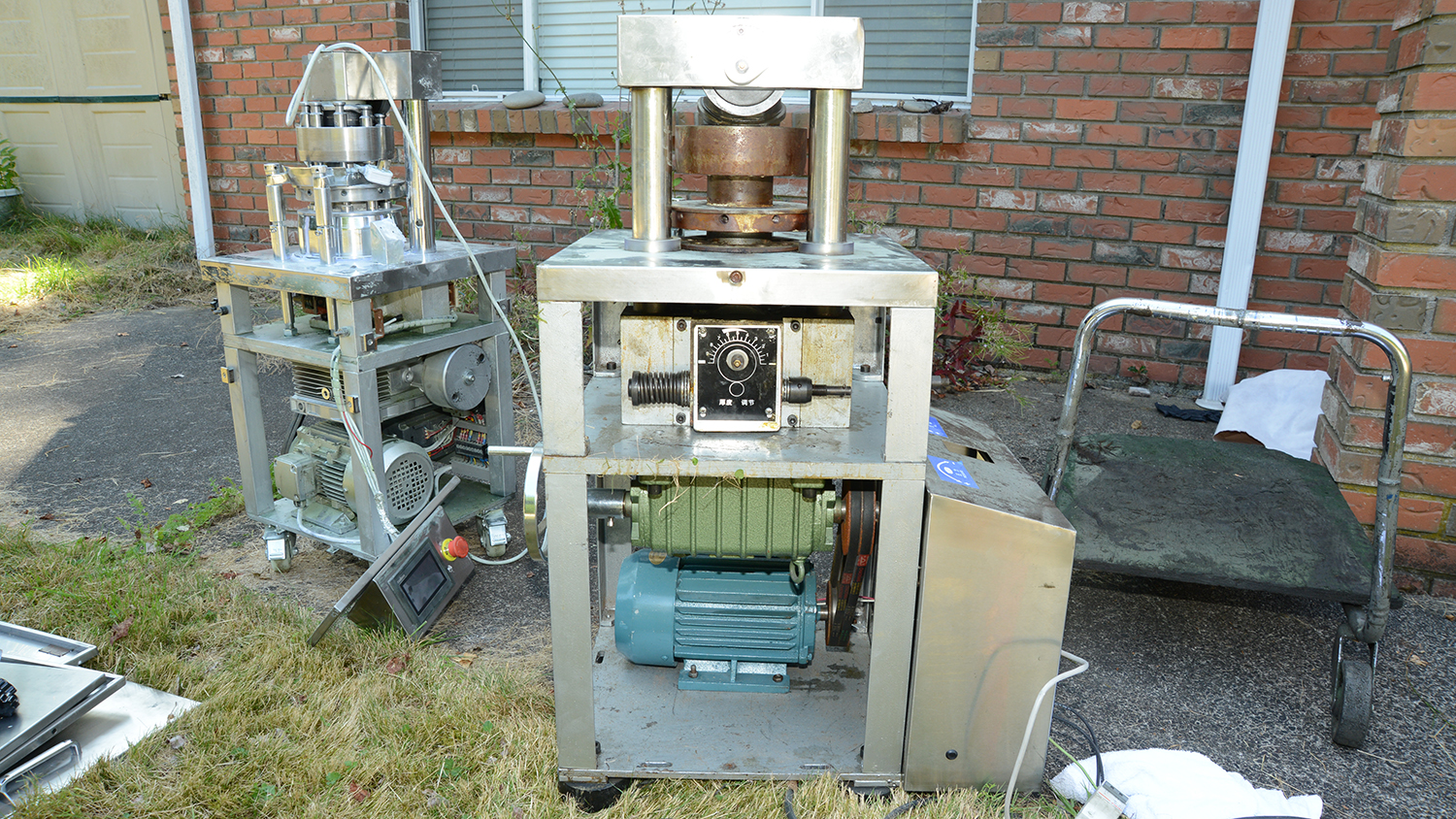 While some of the drugs were packaged in bulk, others were packaged for street level distribution. Preliminary tests also indicate the presence of fentanyl.

Two individuals were arrested during the execution of the search warrant, and subsequently released pending further investigation. The investigation into this operation is ongoing, but the initial investigation has identified connections to the Lower Mainland Gang Conflict and, in particular, the Brothers Keepers crime group.

“Based upon the sophistication and capacity of this operation to produce massive quantities of street level drugs, we believe there is a large criminal network associated to this lab,” says Inspector Mike Hall, Surrey RCMP Proactive Enforcement Officer. “This seizure will cause a significant disruption to this group’s ability to distribute mass amounts of potentially fatal street drugs in the Lower Mainland.”

“The public safety risks associated with these type of large-scale illicit drug operations cannot be understated,” says Sergeant Derek Westwick, CLEAR Team NCO. “Clandestine labs pose a significant risk of contamination due to the volume of toxic and hazardous chemicals being handled by untrained individuals. The public can play a key role and is urged to contact police immediately if they suspect a clan lab in their community.”

Anyone with further information about this operation or other criminal activity is asked to contact the Surrey RCMP at 604-599-0502 or Crime Stoppers, if you wish to remain anonymous, at 1-800-222-8477 or go to www.solvecrime.ca.