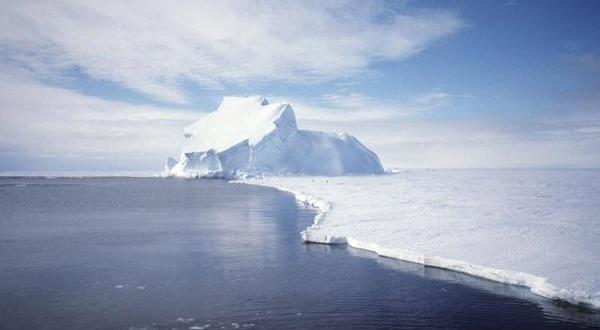 London, Jan 5 (IANS) As the Antarctic sea ice melted, massive amounts of carbon dioxide that had been trapped in the ocean were released into the atmosphere, suggests a new study reconstructing conditions at the end of the last Ice Age.

The study includes the first detailed reconstruction of the Southern Ocean density of the period and identified how it changed as the Earth warmed.

It suggests a massive reorganisation of ocean temperature and salinity, but finds that this was not the driver of increased concentration of carbon dioxide in the atmosphere.

“We set out to test the idea that a decrease in ocean density resulted in a rise in CO2 by reconstructing how it changed across time periods when the Earth was warming,” said lead author Jenny Roberts, PhD student in University of Cambridge.

“However what we found was not what we were expecting to see,” he added.

During the last ice age, it was thought that the deepest part of the ocean was made up of very salty, dense water which was capable of trapping a lot of CO2.

Scientists believed that a decrease in the density of this deep water resulted in the release of CO2 from the deep ocean to the atmosphere.

However, the new findings suggest that although a decrease in the density of the deep ocean did occur, it happened much later than the rise in atmospheric CO2.

It suggests that other mechanisms must be responsible for the release of CO2 from the oceans at the end of the last ice age.

In order to determine how the oceans have changed over time and to identify what might have caused the massive release of CO2, the researchers studied the chemical composition of microscopic shelled animals that have been buried deep in ocean sediment since the end of the ice age.

Through examination of the shells, the researchers found that changes in CO2 and density are not nearly as tightly linked as previously thought, suggesting something else must be causing CO2 to be released from the ocean.

Like a bottle of wine with a cork, sea ice can prevent CO2-rich water from releasing its CO2 to the atmosphere.

The Southern Ocean is a key area of exchange of CO2 between the ocean and atmosphere.

The expansion of sea ice during the last ice age acted as a “lid” on the Southern Ocean, preventing CO2 from escaping.
The researchers suggest that the retreat of this sea ice “lid” at the end of the last ice age uncorked this vintage CO2, resulting in an increase in carbon dioxide in the atmosphere.

The findings were published in the journal Proceedings of the National Academy of Sciences.