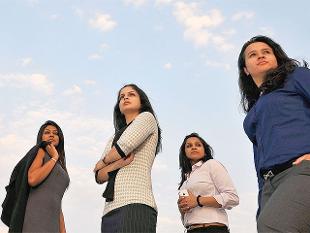 Washington, May 28 (IANS) A study shows how teenage girls get conflicting messages in the media about careers and success for women.

Teenage girls like and feel more similar to women in appearance-focused jobs such as models and actresses, though they find female CEOs and military pilots to be better role models.

“Girls know they should look up to female doctors and scientists, but they also know that women in appearance-focused jobs get rewarded by society,” said researcher Elizabeth Daniels, assistant professor of psychology at the Oregon State University.

The team wanted to study adolescents’ attitude towards working women because they are under-represented in the media and are often depicted in stereotyped roles.

“We speculated that teens might be receiving some deeply mixed messages about the importance of appearance for femininity which could be at odds with the messages they are learning about competence in occupations,” Daniels said.

Girls also rated the women in the appearance-focused photos as more competent than the other women.

Boys, on the other hand, found the women in the non-appearance focused careers were more competent.

The study appeared in the Journal of Adolescent Research.