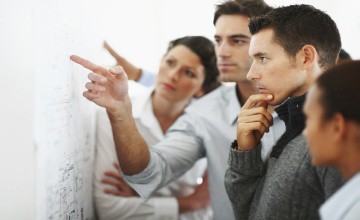 London, July 9 (IANS) If you set goals for men, they put more efforts to achieve the targets even in the absence of extra monetary incentives. But in case of women, it is found that they perform better than men when there is no goal set, says a study.
The research, published in the journal Economics Letters, showed that males are more responsive to goal-setting than females.
“When we are given a goal, we feel a sense of purpose to achieve it; it naturally helps to focus us. The findings demonstrate that setting a goal induces higher effort,” said lead researcher Samuel Smithers, doctoral student at the University of Leicester in Britain.
For the study, the researchers examined the effect of non-binding goals – where no monetary rewards or punishments are associated with success or failure – on effort.
One hundred and nine research participants completed a simple addition task, summing up sets of five two-digit, randomly drawn numbers over five minutes in one of three groups.
While the control group was given no goal, the low goal group had to achieve 10 correct answers and the high goal group had to achieve 15 correct answers.
They found that participants within the two goal groups scored more correct answers attempted more questions and had greater accuracy during the tests.
However, there was no significant difference between the two goal groups, showing that having a goal is more important than the specific value of the goal.
“My research found that women perform better than men in the no goal setting, but men thrive in both of the goal treatments, suggesting that men are more responsive to goals than women,” Smithers said.
“I also found a 20 percent and 35 percent increase in correct number of additions for the medium and challenging goal groups over the control group,” Smithers added.
They also found that goal-setting can generate the same effects on success as monetary incentives.
“This is an incredible increase in output without the need for extra monetary incentives. The increase was due to an increase in both the speed and accuracy of the participants in the goal groups,” Smithers said.