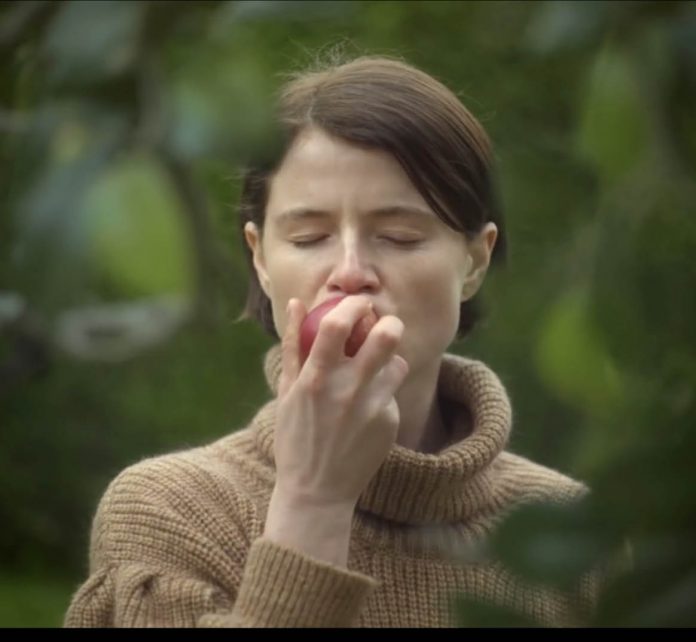 Now and then we all need a little time for reflection. And escape. See how a simple holiday turns into an escape to hell in the delicious danger-driven Men. Currently playing at scores of Cineplex Cinemas and Landmark Theatres across B.C. better buckle up and get ready to get your freak on in this A24 release fro. c .
Done well horror films can be a blast. Such is the case with this Alex Garland
director thriller. Don’t kid-yourself – writing matters. Here the writers have come up with a rather simple story and upped the ante as the chills ( and thrills) come in. Blame it all on matters of the heart and personal dilemmas conflicting Harper. Tying to wrestle wither feelings and inner demons is Jessie Buckley who believes a trip to the countryside is just what the doctor ordered to cleanse her hurt feelings and wounded spirit. Good luck with that.
Stranded way out in the English countryside Harper meets up with a series of offbeat occurrences and strange men. Sooner or later love is out to get ya turns into a perilous ordeal as One by one little by little our strong willed woman becomes prey for some grisly hook ups in this original highly Adrenalin pumping fight for survival. Just a gripping atmosphere and taut pacing with no giveaways makes Men memorable and highly palpable.