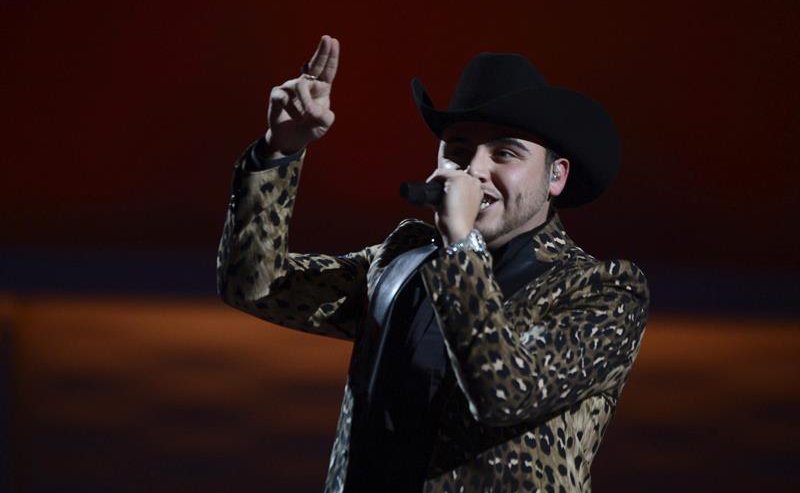 Mexico City, April 1 (IANS/EFE) Anger over the music video for the song “Fuiste mia” (You were mine), in which singer Gerardo Ortiz kills his girlfriend and her lover after discovering them together, has prompted some Mexican officials and organisations to demand that his upcoming concerts be cancelled.

The attorney general of the western state of Jalisco, Eduardo Almaguer, said that the mayor of the town of Tepatitlan, where Ortiz is scheduled to perform in April, had been urged to cancel the show.

“The videos he’s making and the lyrics of his songs are a clear justification of crime,” Almaguer told Milenio Television.

In the video, Ortiz finds his girlfriend with another man and kills the lover by shooting him in the head.

Then, he locks the girl in the trunk of his luxury automobile and, at the end of the video, douses the vehicle with gasoline and sets it ablaze with a match, apparently with the girl still inside.

When the police arrive, Ortiz is not at the home, and thus apparently he gets away with the crime.

The video, released in January and with 20 million views on YouTube so far, has sparked widespread rejection.

Moreover, Osorio instructed the National Commission to Prevent and Eradicate Violence against Women to push for measures that will help end the use of stereotypes in the media, particularly those that foment violence against women.