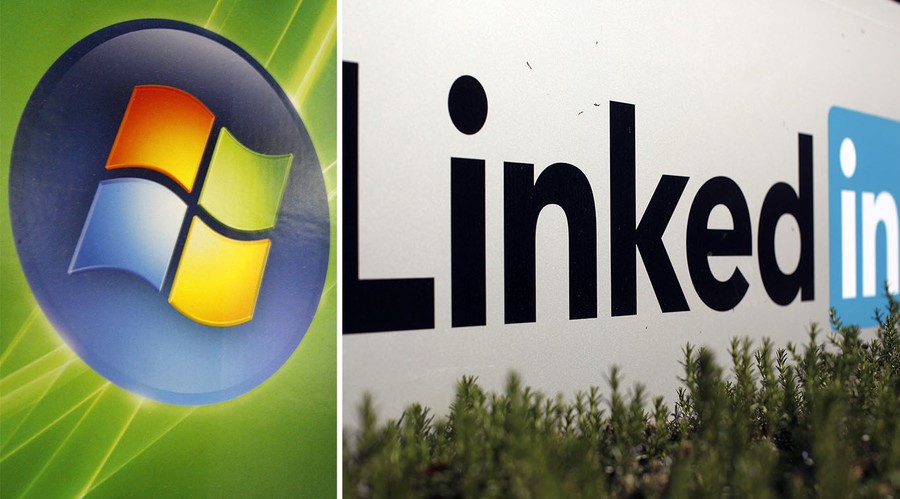 It’s not often that big business can sneak a big tech news story through without there being leaks beforehand.  But it happened this week. In its quest to become the world’s productivity hub, Microsoft announced on Monday a $26.2 billion blockbuster deal to acquire LinkedIn, the largest professional social network in the world. In a deal that will help grow Microsoft’s Office 365 and their CRM tool Dynamics, Microsoft is betting that the acquisition will get them back into the social network space.

Industry experts think that the acquisition of LinkedIn is potentially a very savvy move, though there would be some that would disagree.  Now that Microsoft has weaned itself off the smartphone, it can move on and focus on carving out a bigger presence in the social media space.

The huge database of worldwide members aside, LinkedIn is also a growing force in business publishing. Content is valuable and LinkedIn is the ideal content-publishing platform for key executives to expand their networks, their influence, their fame, their knowledge, their personas and their opportunities by providing original content.

As a bonus, LinkedIn also brings to the table its online learning platform Lynda.com. Lynda is used by companies to close skill gaps, support professional development, and retain staff.

According to the news feeds, one of the key reasons why Microsoft is buying the social networking company is because they believe LinkedIn can improve Microsoft’s existing cloud based services. With LinkedIn Microsoft will be able to make a member’s LinkedIn profile the centre of other Microsoft-centric aspects of daily work life using products such as Outlook, Excel and Skype and to make these services more engaging.  Close integration with Cortana will change how we meet new people.  For example, imagine being briefed by Cortana prior to meeting someone for the 1st time with all the things that you want to know about that person. This, of course, implies that this person has a LinkedIn persona.

The deal is not expected to close until later this year so don’t expect to see much action in the short term.  Do however, stay tuned and watch what the industry does in response to the acquisition. I’m sure that Facebook, Google and Twitter (and a lot of other interested parties) will each have something to say as they position and jostle their systems to keep ahead of Microsoft.

Do you think that the acquisition of LinkedIn by Microsoft is a good idea? Or will it be another Nokia? Let us know.

Bob Milliken is the TheITguy@CascadiaSystemsGroup.com specializing in helping businesses with their IT needs and is the partner your company needs to take full advantage of everything that Cloud Computing has to offer.Connect with him at 604.270.1730.