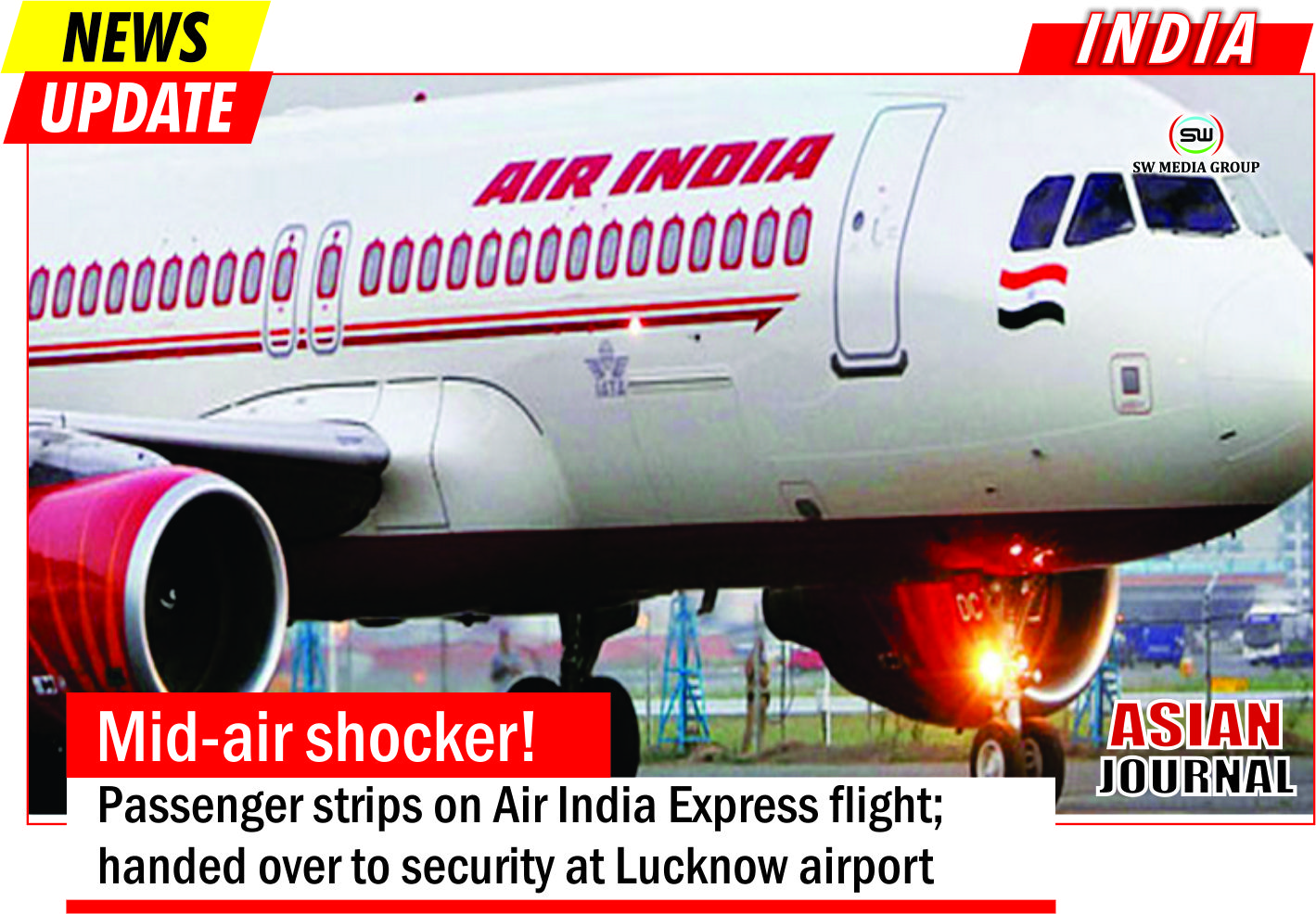 Lucknow: Passengers travelling from Dubai to Lucknow by Air India Express flight on Saturday were in for a shock when a male flyer stripped mid-air and started walking down the aisle nude. The Aircraft crew swung into action and wrapped him in a blanket, sources in the airline told ANI. Two crew members held him and kept him seated as the flight kept moving, they said.

The provocation for such an act by the passenger was not clear. The incident occurred on flight IX-194, which had over 150 passengers on board. The flight landed at Lucknow airport at 12.05 hours and the nude passenger was handed over to the security.

“As per the direction of the Captain of the flight, the passenger was handed over to Airlines Security at Lucknow Airport where investigation is underway,” Air India Express spokesman told