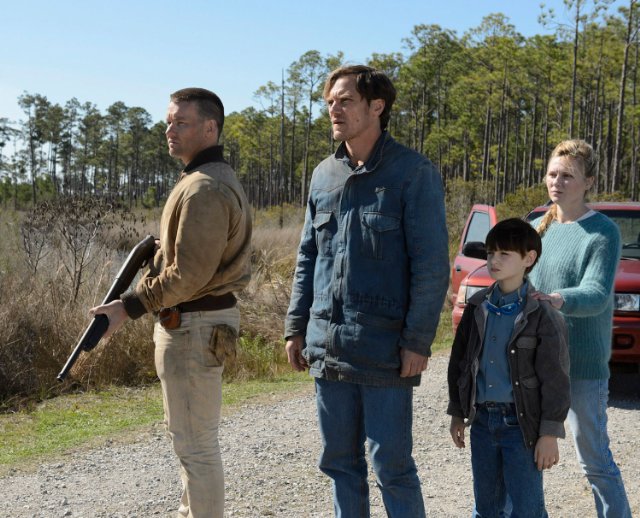 Amber alerts are one of the few warnings that send chills down people’s spines. A young boy gone missing sets off national alerts in Midnight Special. Tension abounds in this smartly written movie from Warner Brothers that is now freaking folks out at The Fifth Avenue Cinemas and International Village Cinemas.

Religion mixes with crime in this murky story that plumbs the depths of obsession and hysteria. Michael Shannon and Joel Edgerton are very believable as two child abductors fleeing from a religious cult of sorts based in Fort Worth, home of assorted wackos. Poor little Alton is likeable and seems harmless. Time proves this wrong as the young lad, played perfectly by Jaeden Lieverher apparently holds some magical powers that it seems everyone wants to get a piece of.

Chase movies are a dime a dozen. To make a significant impact in this crowded marketplace a film must  offer up something new. Fresh and original are the happenings in Midnight Special whose aura of mystery, science fiction and unusual criminal zealots make strange bedfellows indeed. Think In Cold Blood meets E.T. And you get part of the picture – only vaguely.

Given the troubling subject matter on a variety of levels Midnight Special turns out to be a special drama whose creepy characters will stick with you.  Just enough gun play and armed force bravado Along with family loyalty, gives this thriller that added thrust.