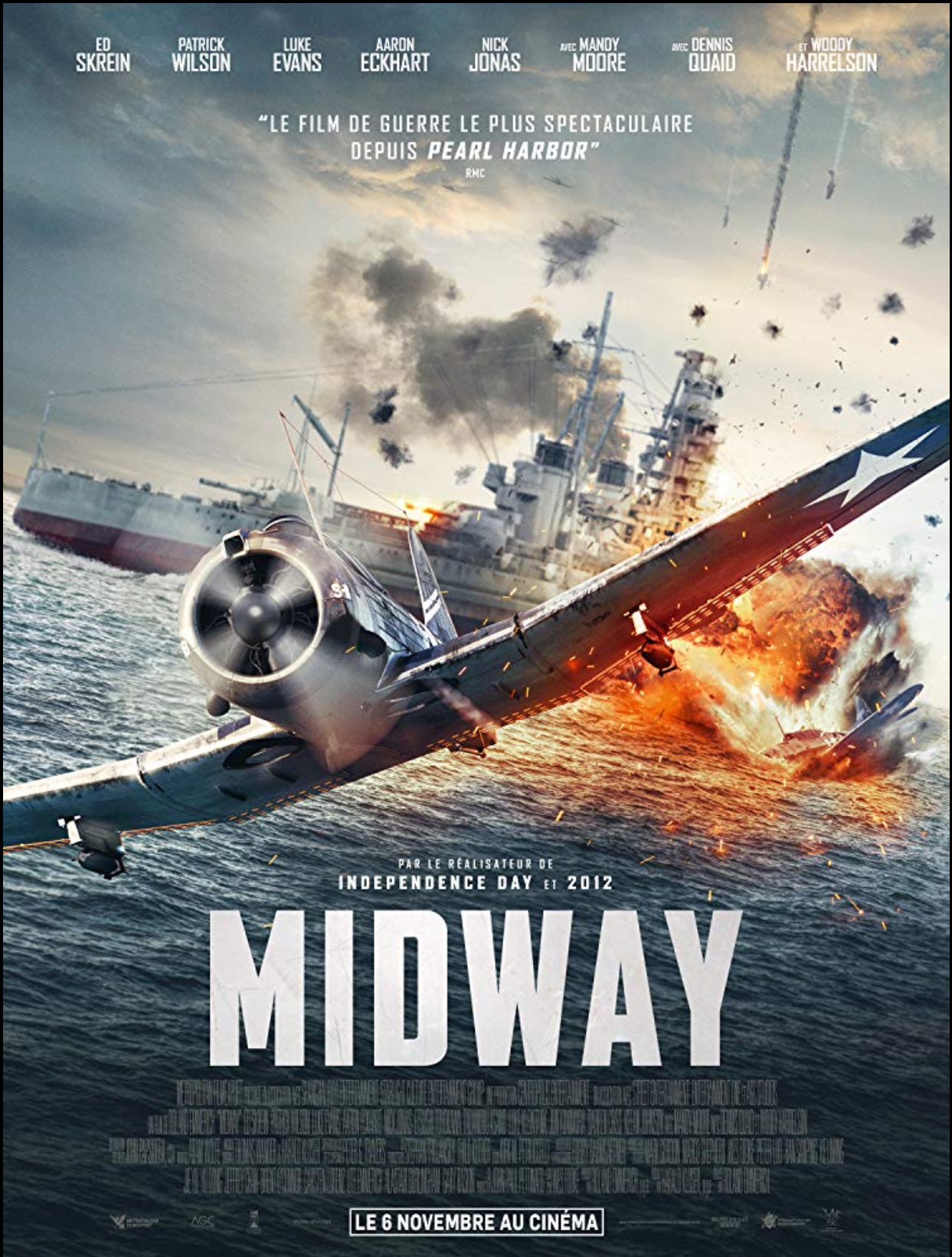 Cut from the same cloth as Pearl Harbor but a lot grittier is Midway. Back in his game with a vengeance is director Roland Emmerich. In one of his best efforts since the spectacular Independence Day triumph Emmerich sets his sights on the battle for Midway. Again the director hits a home run and grand slam as this Elevation Pictures is entertaining from start finish.
Less rah rah American boosterism and more a character study of sorts this two hour drama hones in and focuses on a string of American military men who must come to terms with an aggressive enemy. All things lead to the once upon a time tropical paradise of Hawaii. When the 50th Aloha state is thrust into turmoil thanks to a sneak attack on Pearl Harbor on Dec. 7, 1941 the fate of a nation – and the world changes.
Tension ramps up as a group of determined men and women come together in a nail biting battle of wills as American leaders at the political and military level lock horns with their Japanese counterparts. Superb atmosphere haunts this tale of military macho and cunning intelligence cat and mouse games as Midway plays out like a real-life version of famed game Battleship. Think Risk with real life machinations and you get the picture.
Things come into focus flawlessly as the pace quickens as the sleeping giant awakes. Outstanding airborne battles and seaborne showdowns are exciting and as authentic as can be. Stateside we see the importance of intelligence gathering efforts as both sides in the war on the Pacific try to create that elusive edge.
Haunting and desperate goes the struggle with standout acting from both the Japanese and American players. Woody Harrelson and Patrick Wilson are thoroughly convincing as are everyone else in this well planned, Well thought out and expertly executed movie. From both a historical and military perspective Midway was a vital battle that changed the course of history and this film recounts those courageous combatants in a non preachy fair minded and even-handed way. It’s also entertaining and fun to watch. Suit up.