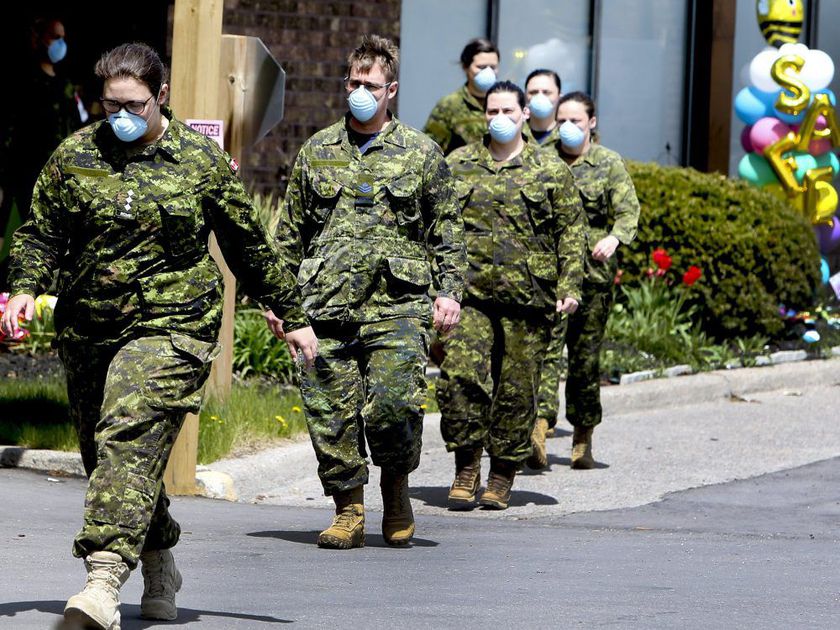 Ottawa: The Canadian Armed Forces is lifting the veil of secrecy over the number of troops with COVID-19, as the military gets ready for fresh calls to help out during the second wave of the pandemic.

In its first full update since mid-March, the military revealed Tuesday that a total of 222 Canadian service members have contracted COVID-19 since the pandemic began.

That includes 24 active cases. The others have been resolved.

This is the first time the public has known the scope of infections in the Canadian Armed Forces since March 20, when officials said they would stop sharing such details. There were three cases at that time.

The military did later reveal that 55 of the more than 1,600 soldiers deployed into long-term care facilities in Ontario and Quebec in the spring had become infected with the novel coronavirus.

But it refused to provide overall figures for the nearly 100,000-strong force, with officials expressing concern the information could be used by foreign adversaries hoping to take advantage of the pandemic.

“Leadership is closely monitoring the extent of COVID-19 in the defence team,” the Department of National Defence said on its website Tuesday after publishing the new figures.

It went on to credit “the rigorous application of public health measures” and other risk-mitigation strategies for “effectively containing the spread of the virus amongst our personnel.”

The release of the figures came as senior defence officials told the Armed Forces to be ready for new orders as the number of cases of COVID-19 across Canada continues to rise.

In a message to the troops, chief of defence staff Gen. Jonathan Vance and Jody Thomas, deputy minister at the Defence Department, warned the situation “is different and more complex than we faced in March.”

As a result, they said, new orders are coming soon to “to refocus our efforts, and position National Defence and the Canadian Armed Forces for success this fall.”

In the meantime, “we must accept that we now live in an environment that will remain altered by COVID-19 for the foreseeable future. To succeed in this environment, we must reject complacency.”