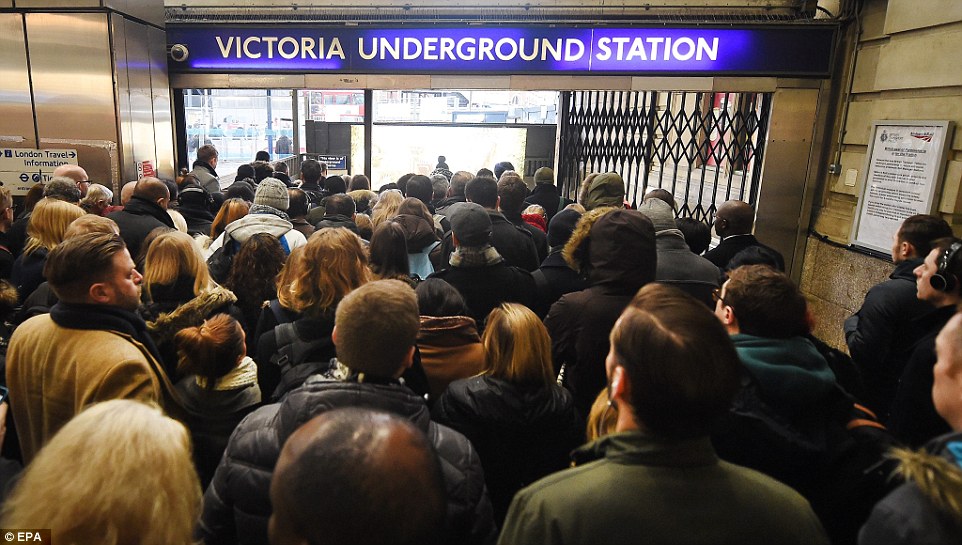 London, July 9 (IANS) Millions of London commuters and visitors had to find other modes of transportation instead of taking the London Underground on Thursday due to the ongoing Tube strike.

Londoners were seen standing in long queues at bus stations and cycle hubs in the capital on Thursday morning, as all Underground stations were shut down in a 24-hour strike which has been described by local media as the “biggest strike on the London Underground for 13 years.”
Some people chose to walk a long way to work, Xinhua news agency reported.
Statistics showed that the London Underground handles up to four million commuters every day, and more than 535 trains are running under the city at peak times.
The strike started at 6 p.m. on Wednesday. It was launched because London Underground management and union leaders failed to arrive at an agreement over pay increase when a 24-hour Tube service is launched in September.
About 20,000 employees working for the Underground system are taking part in the strike, while Underground services have been halted until Friday morning.
Fortunately, London Overground, DLR (Docklands Light Railway), Transport for London (TfL) Rail and tram services are unaffected, but they are much busier than usual.
TfL have put an extra 200 buses in circulation and extra cycles are available during the course of the strike.
“I am very sorry your journey has been disrupted. This strike is unnecessary,” Mike Brown, managing director of the London Underground, apologised to customers on Thursday morning.
British media said the final offer of London Underground included a 2 percent raise and a 2,000-pound ($3,080) bonus for drivers working the night shift, but this was rejected by representatives from four unions.
“I think most reasonable people will look at the offer that’s on the table from the London Underground and find it impossible to fathom why the unions are rejecting it,” London Mayor Boris Johnson said.
He said the strike was “totally unnecessary” and added, “We are going to get on with the night Tube and ultimately this strike will achieve nothing.”
TfL said the 24-hour night Tube services would support 2,000 permanent jobs and boost the British economy by 360 million pounds.