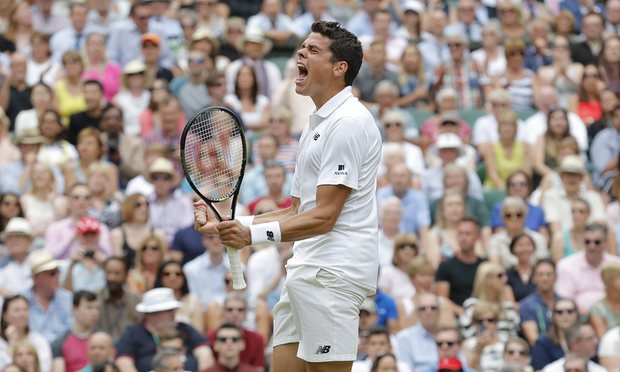 United Kingdom: Milos Raonic has made Canadian tennis history, and he beat one of the game’s best and most decorated players in the process.

The 25-year-old player from Thornhill, Ont., defeated Swiss superstar Roger Federer in a marathon Wimbledon semifinal to become the first Canadian man to play for a Grand Slam singles title.

While the win is satisfying after a straight-sets loss to Federer in the semis two years ago, Raonic said there’s still one more win to go before he can think about the effect it will have back home.

“It will be a bigger impact if I can win (the final),” Raonic told the BBC. “That’s what I’ve got to focus on first. I’ve got to put all my energy into that and then hopefully it does have a great impact.”

Raonic will face the winner of the other semifinal between local favourite Andy Murray and Czech Tomas Berdych.

Heading into the match, the third-seeded Federer held a 9-2 edge in head-to-head meetings with Raonic.

But the Canadian is showing he can compete with one of the game’s best ever. He beat the 34-year-old in straight sets in the Brisbane International final to kick off the 2016 season.

Federer, who had won all 10 previous semis at the All England Club, blew a chance to close out the match in the fourth set as Raonic broke him in the final game to force a fifth set.