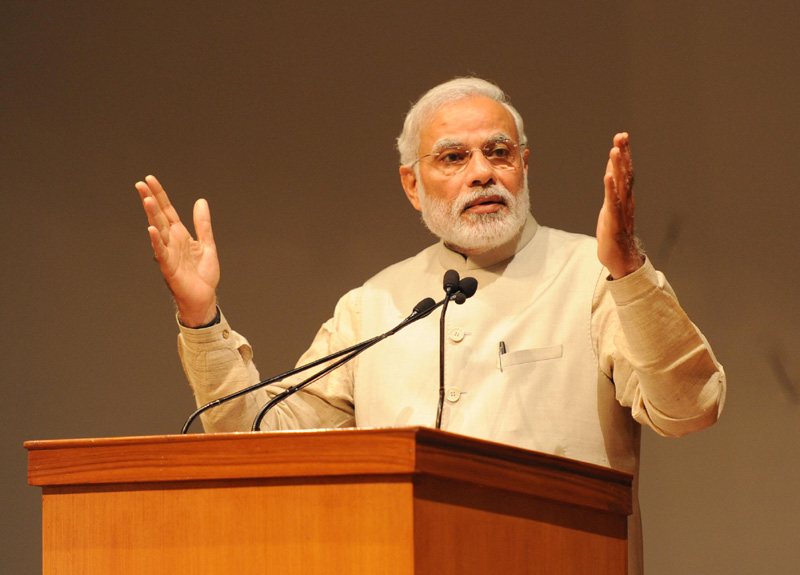 New Delhi, March 3 (IANS) Prime Minister Narendra Modi on Thursday reached out to the opposition for its support to run the government smoothly and invoked late Congress stalwarts and prime ministers Jawaharlal Nehru, Indira and Rajiv Gandhi for peaceful functioning of parliament.

In his over an hour-long speech, Modi, however, didn’t speak about raging issues like crackdown on Jawaharlal Nehru University (JNU) students and death of Dalit scholar Rohith Vemula in Hyderabad University that had stalled parliament for two days earlier this week.

“Parliament is a forum where different view points are put forward, where questions are being asked to the government, where government is made accountable and nobody is spared,” Modi said, winding up the discussion in the Lok Sabha on the motion of thanks to President Pranab Mukherjee for his Address to parliament.

“And in doing so, it would be great if we uphold parliamentary traditions” and let the Lok Sabha and Rajya Sabha function “peacefully and responsibly”, he said.

Modi noted this was “not a sermon” but the “words of former prime minister Rajiv Gandhi”.

He also recalled the statements of Nehru, Indira and India’s first president Rajendra Prasad and urged the opposition for its support to pass crucial legislations, including the Goods and Services Tax (GST) bill.

However, at the end of his speech, the prime minister toned down his aggression and sought the support of the Congress and other opposition parties to run the government for the sake of people and the country.

“Let’s walk shoulder-to-shoulder and do something for the country. I am new, you are experienced,” Modi said.

In an obvious attack on Rahul Gandhi, Modi returned the barbs the Congress leader had hurled at him on Wednesday in the Lok Sabha over the prime minister’s reluctance to take the opposition on board over various issues.

“Some people learn with age but some don’t,” Modi said.

Modi didn’t name Rahul Gandhi but recalled how he had in 2013 torn before reporters a controversial ordinance of the then Congress government on convicted lawmakers when then prime minister Manmohan Singh was visiting the US.

“The ordinance was torn apart when the then honourable prime minister was in the US to meet (Barack) Obama. Please learn to respect elders,” Modi said as Gandhi listened.

MPs from the BJP and its allies thumped their desks in appreciation even as the opposition booed following Modi’s remark.

With the Congress repeatedly targeting the government over Modi’s earlier opposition to MGNREGA, the prime minister said it was the Comptroller and Auditor General who had punched holes in the implementation of the the flagship rural job guarantee scheme. He said his government was improving its implementation and trying to generate assets under it.

“You have sown the roots of poverty so deep, there is no denying this,” he said, adding sarcastically that if he tries to tackle it, he himself will get uprooted.

He said the opposition criticism is not over our performance but “they are worried because we are doing better”.