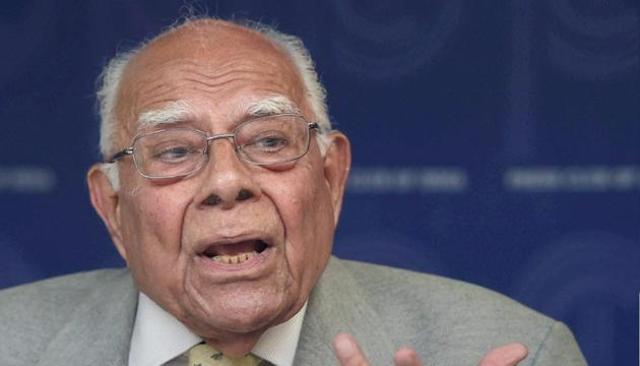 Speaking to journalists here on Monday evening, Jethmalani cited that bringing black money back from abroad within a short period was a major promise made during Modi’s 2014 Lok Sabha election campaign.

The Bharatiya Janata Party leader has not fulfilled this promise since becoming the prime minister in May 2014, Jethmalani said.

“The German government obtained 1,400 names of bank account holders in Switzerland, many of them were Indians, and unconditionally offered to share these with the Indian government,” he said.

“Modi has met the German chancellor twice, so I asked if he’s got the names. No answer.”

Jethmalani maintained that he was pursuing the matter in the Indian Supreme Court.

On one rank one pension (OROP) for officers and men of the armed forces, the former BJP MP said this too was a pledge by Modi during the 2014 parliamentary elections.

But Modi has so far not kept his word. said Jethmalani, who had supported Modi during the 2014 Lok Sabha battle but has since turned bitterly against him.

“After he entered office, he was told by (finance minister Arun) Jaitley there was no money for this,” Jethmalani said.

“Yet Modi has just announced a $10 billion assistance for Africa. ‘Baap ka paisa?’ (Is this Indian government money or his father’s money?), Jethmalani sarcastically asked.