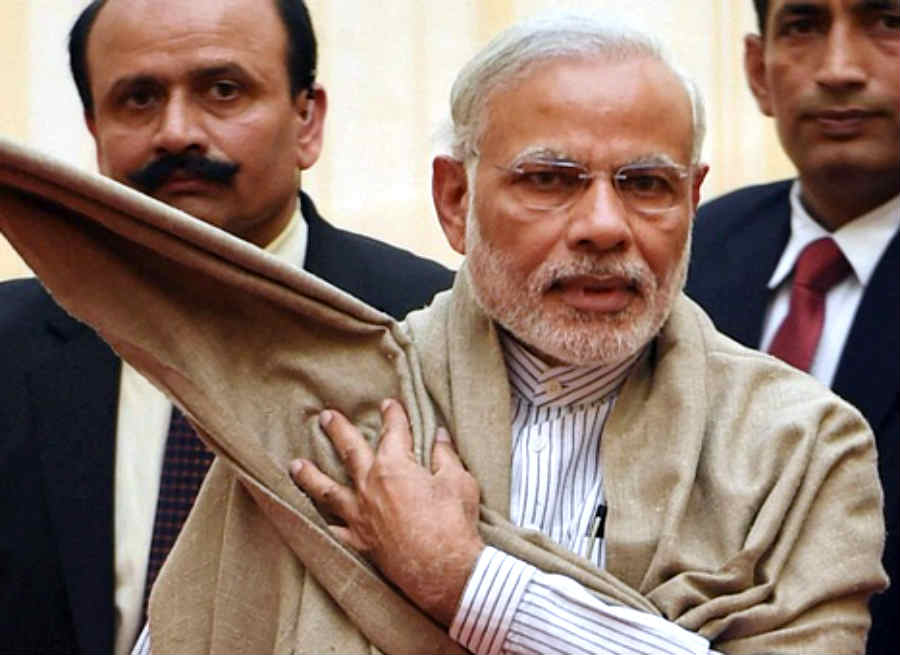 New Delhi: Ahead of embarking on a five-nation tour on Saturday, Prime Minister Narendra Modi said on Friday that he is looking forward to his visit to Afghanistan where he, along with Afghan President Ashraf Ghani, will inaugurate the India-Afghan Friendship Dam, earlier known as Salma Dam, that has been rebuilt with India’s aid.

“Looking forward to my visit to Afghanistan tomorrow,” he said in a series of posts on his Facebook account.

“I will join President Ashraf Ghani to inaugurate Afghanistan-India Friendship Dam in Herat. It is a symbol of our friendship and would usher in hope, light up homes, nourish the fertile fields of Herat and bring prosperity to the people of the region,” Modi said.

“Look forward to meet my friend President Ashraf Ghani and exchange notes on regional situation and setting agenda for bilateral cooperation in the coming period.”

After inaugurating the dam in Afghanistan, the prime minister will proceed yo Qatar, Switzerland, the US and Mexico.

Modi said he would be visiting Qatar at the invitation of the Emir of Qatar.

“Look forward to meeting His Highness Sheikh Tamim whose landmark visit to India last year had ushered in a new momentum in our relations,” Modi said.

“I will have the honour to meet Father Emir who personally guided our relations for nearly two decades.”

The prime minister said his visit to Qatar would nourish the historical bonds of friendship deeply rooted in people-to-people contacts, energy, trade and investment partnership.

Qatar is home to around 630,000 expatriate Indians, many of whom are blue collar workers.

“I will interact with the Indian workers at the Workers’ Camp and some of the members of over six lakh Indians who have nurtured our relations through their sweat and toil. Will also speak to Qatar business leaders to realise the full potential of our trade and investment cooperation,” Modi said.

He said, after Qatar, he would he would reach Geneva in the evening of June 5 on a bilateral visit to Switzerland, “our key partner in Europe”.

“I will hold talks with President (Johann) Schneider-Ammann to deepen our bilateral and multilateral cooperation,” he stated.

“In Geneva, I will meet prominent businesspersons. Our agenda will be to expand economic and investment ties. I will meet Indian scientists working at CERN. India takes pride in their contribution to exploring new frontiers of science in the service of humanity.”

The prime minister said he would be reaching Washington DC on a bilateral visit in the evening of June 6 at the invitation of US President Barack Obama.

“In my meeting with the President on June 7, we will seek to build upon the progress achieved in providing new vigour and momentum to our strategic partnership in diverse areas,” he said.

“Am looking forward to address the 40th AGM of the USIBC (US-India Business Council) and meet US business leaders who have, over the past two years, shown renewed confidence in the India.”

Modi said he would exchange views with US think tanks and attend a ceremony marking the return of Indian antiques.

He said would also lay wreaths at the Arlington Memorial.

“During my visit to Arlington Cemetery I will lay wreaths at the Tomb of the Unknown Solider and Space Shuttle Columbia Memorial, in which we lost an Indian origin astronaut, Kalpana Chawla,” he stated.

On June 8, he said, he would address a joint meeting of the US Congress.

“I thank Speaker Paul Ryan (of the US House of Representatives) for inviting me to speak to Congressmen and Senators,” the prime minister said.

“During my visit to the US Capitol, I will also interact with members of the House of Representatives and the Senate, many of whom have been valued friends of India and a strong votaries of deepening India-USA ties.”

He said India and USA were natural partners, “two vibrant democracies that celebrate their diversity and pluralism”.

“Strong India-USA ties benefit not only our two nations but also the entire world,” he said.

He also said that he looked forward to meeting Mexiacn President Enrique PeAa Nieto on June 8 during his visit to Mexico, “a privileged partner in the Latin American region”.

“President PeAa Nieto has ushered in far reaching reforms. I look forward to sharing our experiences… Though short, the visit has a substantial agenda to take our partnership to new heights,” Modi added.