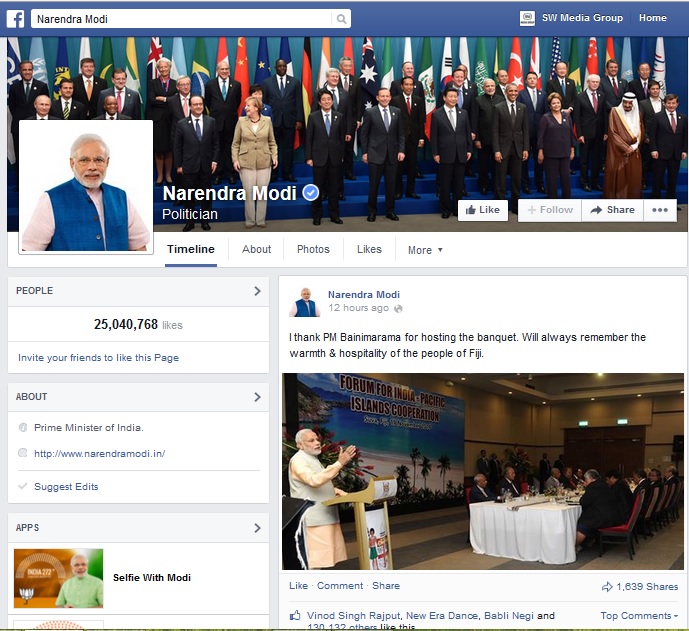 New Delhi: Prime Minister Narendra Modi has crossed 25 million followers on Facebook and continues to remain the second-most followed politician in the world after US President Barack Obama, the social networking website said.

With over 25 million users who have ‘liked’ Modi’s official account, the Indian prime minister is slowly catching up with Obama, who has over 43 million followers.

In April, Modi had over 12 million fans. It swelled to over 18 million by July and 21 million in September.

Meanwhile, some of the most popular pictures posted by Modi include that of the INS Vikramaditya, which got 822,613 likes followed by the Independence Day post which garnered 772,055 likes.

A recent picture of Modi meeting Obama and Australian Prime Minister Tony Abbott at the G20 summit got 447,212 likes.