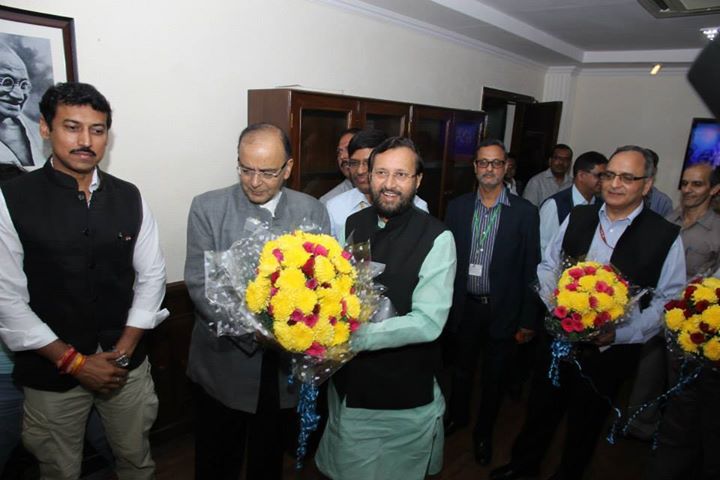 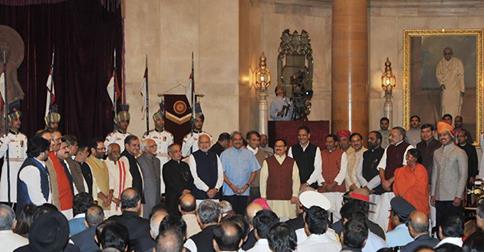 New Delhi: Prime Minister Narendra Modi left the portfolios of Rajnath Singh, Sushma Swaraj and M. Venkaiah Naidu untouched among the top few important ministers, while he re-juggled the portfolios of most others and distributed their extra ministries to newcomers, with Arun Jaitley being expectedly divested of defence but surprisingly being given the Information and Broadcasting ministry instead.

While Rajnath Singh continues to look after home and Sushma Swaraj continues as minister of external affairs and overseas Indian affairs, Naidu also continues with his three ministries of Urban Development, Housing and Urban Poverty Alleviation and Parliamentary Affairs.

Nitin Gadkari, who had five ministries to look after, now has two ministries — Road Transport and Highways and Shipping, being lightened of the other three of Rural Development, Panchayati Raj and Drinking Water and Sanitation, which were additional portfolios given to him after the death of Gopinath Munde in June.

Chaudhary Birender Singh, who quit the Congress ahead of the general elections to join the BJP, and was inducted Sunday is now the new Rural Development, Panchayati Raj, Drinking Water and Sanitation minister.

New inductee Suresh Prabhu, who Sunday also quit the Shiv Sena to join the BJP, is the new Railways minister. D.V. Sadananda Gowda was surprisingly divested of the railways portfolio and is now looking after Law and Justice, which was being looked after by Ravi Shankar Prasad. Prasad now has only the Communications and Information Technology ministry.

Another surprise change was of Harsh Vardhan, who has been divested of his health and family welfare ministry and now looks after Science and Technology, Earth Sciences.

Narendra Singh Tomar has been divested of the Labour and Employment ministry while retaining Mines and Steel.

Among the Minister of State (MoS) category, the most surprising change has been of Prakash Javadekar, who was earlier MoS Information and Broadcasting (Independent Charge). He is now the MoS Environment, Forest and Climate Change (Independent Charge) and has also been divested of the MoS Parliamentary Affairs ministry.

Inderjit Singh Rao retains his other portfolio of Planning (Independent Charge) and Defence.

Nirmala Sitharaman, another heavyweight MoS, retains her Commerce and Industry (Independent Charge) while she has been divested of the additional portfolios of Finance and Corporate Affairs.