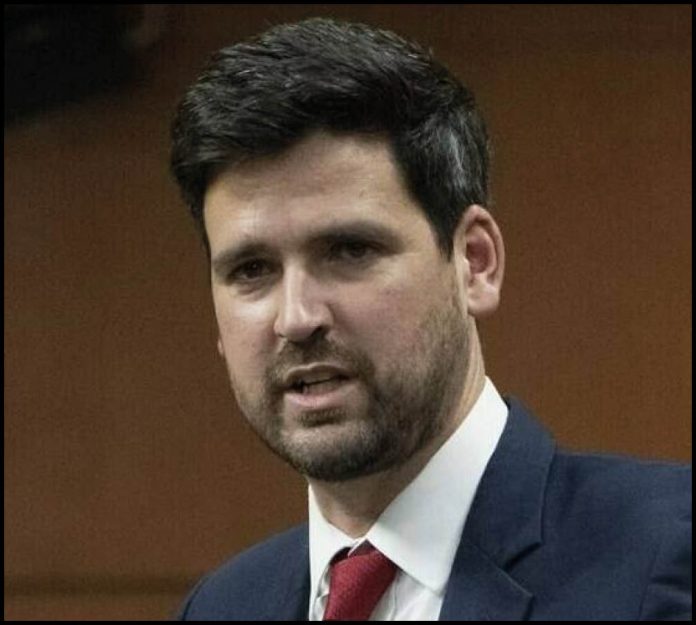 Ottawa: Canada’s immigration minister now projects it will take only a few months longer than originally hoped to get application wait times back on track, even though the crisis in Ukraine and other “external’’ events have worsened the backlogs.
In January, Immigration Minister Sean Fraser vowed to eliminate backlogs caused by the COVID-19 pandemic by the end of the year. That was before Canada launched a major response to the refugee crisis sparked by the Russian invasion of Ukraine and approved hundreds of thousands of Ukrainians and their families to come to Canada temporarily to escape the war.
Those efforts, combined with updates to the government’s aging technology, have led to longer waits for people who want to come to Canada, Fraser said.
As of the end of July, approximately 1.3 million immigration applications in the system have taken longer to process than the government’s service standards dictate they should. That’s about 54 per cent of all the pending applications in the system.
In an interview with The Canadian Press, Fraser said the department may need a few extra months before all immigration streams are back to normal processing times.
“Based on what we’re looking at right now, we shouldn’t be too, too far off the projection of getting back to service standards for work and study permits by the end of this year, and I expect that within a few months of that the visitors visas will be back to service standards,’’ Fraser said.
That’s barring any new international disasters, he said.
NDP Immigration critic Jenny Kwan said the minister’s optimism is of little comfort to people who have spent months or even years languishing in the system.
“I find it astounding that the minister would talk glowingly about the work that he’s doing, meanwhile, there’s so many people who are struggling, who are suffering as a result of immigration processing delays,’’ Kwan said in an interview.
She wrote a joint letter with NDP Leader Jagmeet Singh to Prime Minister Justin Trudeau to express their concerns about the “utter chaos’’ at Immigration, Refugees and Citizenship Canada.
Fraser said the Canadian immigration system is seeing unprecedented demand, in addition to humanitarian crises.
As of July 31, Immigration, Refugees and Citizenship Canada had issued more than 349,000 new work permits this year, compared to 199,000 in all of 2021.
At a news conference Wednesday, Fraser announced the Immigration Department is in the midst of a hiring spree to bring 1,250 new employees on board by the end of the fall to tackle the massive backlogs in processing applications and the increased
demand.
Fraser said the new hires have so far allowed the government to get wait times back on track for new applicants to the express entry permanent residence program, the main economic stream for new permanent residents to Canada.
“In the weeks and months ahead there’s going to be a series of new measures that we’re going to be releasing that’s going to help bring workers here more quickly, make it simpler for families to be reunited with their loved ones, and to hold ourselves accountable by being transparent,’’ Fraser said at the news conference outside the Vancouver Convention Centre.
The backlogs have been of growing concern since shortly after the COVID-19 pandemic began, when health restrictions made borders more difficult to cross and immigration slowed considerably.
At the end of last year, the government dedicated $85 million to reducing wait times. Another $187.3 million was set aside for the next five years in the 2022
budget.

More than 1.3 million immigration applications in backlog amid humanitarian crises