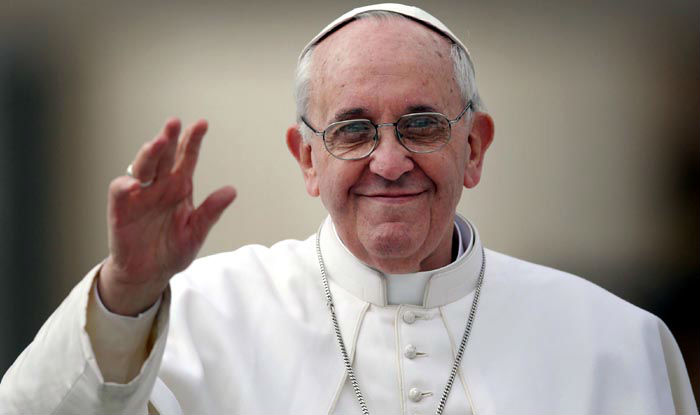 Vatican city, March 15 (IANS) The Pope during consistory of cardinals on Tuesday announced September 4 as the date for Mother Teresa’s canonisation, the media reported.

After months of anticipation, the date for Mother Teresa’s canonisation was announced as September 4, which this year will also mark a special jubilee for workers and volunteers of mercy, Catholic News Agency cited Pope Francis as saying.

The Pope had cleared the way in December for sainthood for the Nobel peace laureate, who died in 1997 aged 87.

The Albania-born nun and missionary was by far the most high-profile of the five candidates for sainthood considered by the Vatican panel on Tuesday.

It is not clear whether the Pope will bow to appeals from the Catholic church in India and travel to Calcutta for the ceremony or, as Vatican sources say is more likely, preside over one in Rome, the Guardian reported.

Mother Teresa was born Agnes Gonxha Bojaxhiu on August 26, 1910, in Skopje, Macedonia. After joining the Sisters of Loretto at the age of 17, she was sent to Calcutta, where she later contracted tuberculosis, and was sent to rest in Darjeeling.

On the way, she felt what she called an order from God to leave the convent and live among the poor.

After she left her convent, Mother Teresa began working in the slums, teaching poor children, and treating the sick in their homes.

Known across the world as the Mother, Teresa was awarded the Nobel Peace Prize for her work with the poor, sick, old and lonely in the slums of Kolkata.

More than 300,000 pilgrims went to Rome in 2003 for Teresa’s beatification — the first step towards sainthood.

A Government that is working for you

How to Scale Up Your Professional Services Firm

ALERT takes more than $370,000 in drugs off Calgary streets

B.C. Liberals need to change course after a decade of ignoring truckers