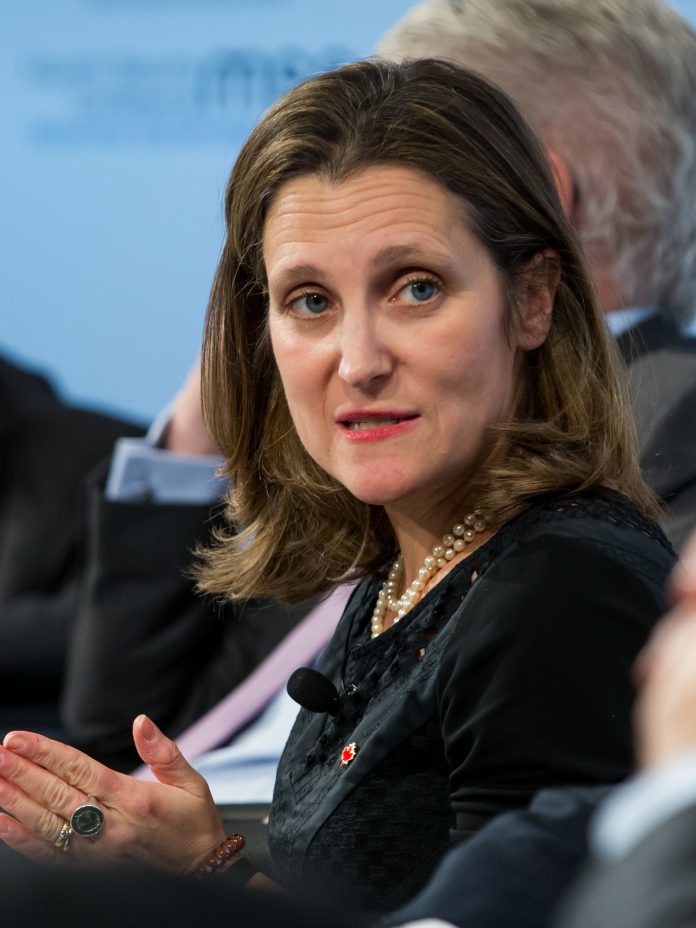 Ottawa: Opposition MPs are getting ready to review the Liberals’ latest package of pandemic aid and grill Finance Minister Chrystia Freeland about myriad economic issues.
The 12-member House of Commons finance committee is scheduled to meet Monday to move the aid bill closer to a final vote before MPs leave on their holiday break in two weeks’ time.
As part of a compromise to fast-track the legislation, the Liberals agreed to have Freeland sit for at least two hours of questioning before the committee.
That gives opposition members a chance to grill Freeland about issues facing the domestic economy and the government’s pandemic response overall.
NDP finance critic Daniel Blaikie, who is on the committee, says he planned to press Freeland on ways to reverse clawbacks for income-tested benefits to low-income seniors and families whose earnings were buoyed by emergency aid.
The New Democrat adds that his party has concerns about how only workers subject to lockdowns would receive income support, leaving out thousands still struggling.