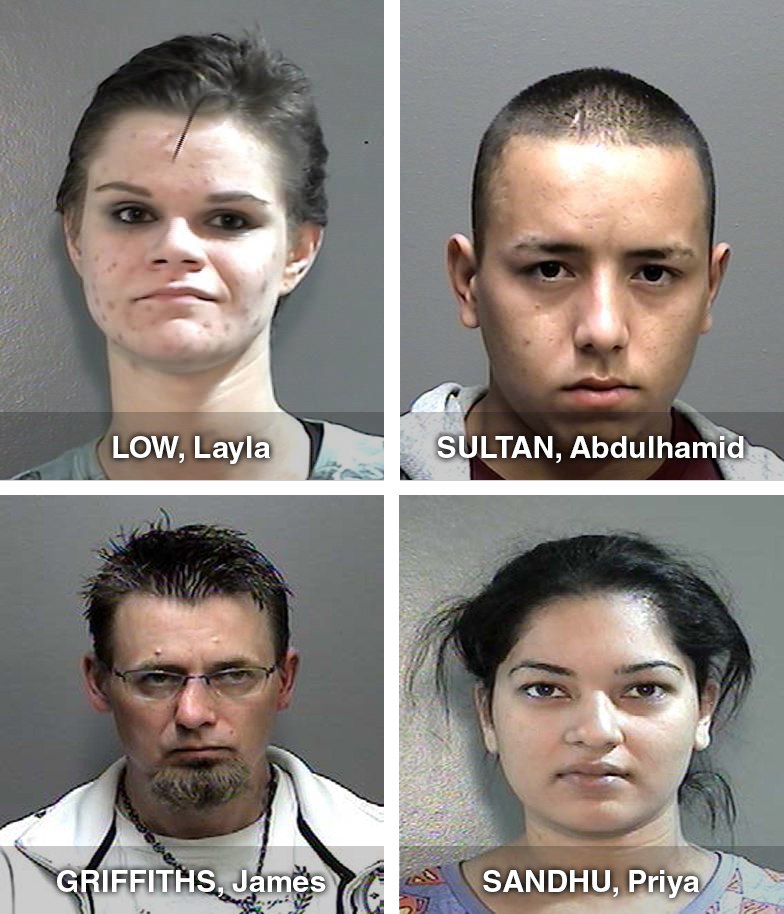 Surrey: Surrey RCMP advises that a number of arrests have been made of individuals alleged to be involved in ongoing drug trafficking operations in Surrey and Richmond.

On Wednesday, Surrey RCMP’s Drug Unit arrested eight individuals simultaneously at multiple locations throughout Surrey. The arrests were in relation to an ongoing investigation that began last year into a dial-a-dope drug trafficking operation in Surrey and Richmond. Evidence consistent with street level drug trafficking including cash, phones, and varying amounts of controlled substances were located during the course of this initial investigation. Four of the individuals arrested were wanted on outstanding warrants for drug trafficking, while the remaining four individuals will be facing a number of drug related charges.

As a result of this investigation, the following wanted persons and are now in police custody:

These arrests are part of the Surrey RCMP’s proactive enforcement strategy aimed at targeting individuals involved in the drug trade and the threat it brings to public safety. Following a spate of violence last spring tied to the low-level drug trade, the Surrey RCMP launched a concentrated effort to arrest those involved in drug trafficking in Surrey.

“Today’s arrests are part of a larger strategy to decrease the violence in our city caused by the dangerous activities of drug traffickers plying their illegal trade on our streets,” says Surrey RCMP Proactive Enforcement Officer, Inspector Shawna Baher. “The Surrey RCMP continues to advance investigations on a number of individuals that pose the most significant risk to public safety. We are also involved in a number of prevention efforts to address the root causes of the violence seen in Surrey.”

Further arrests are anticipated as the investigation continues, however, the Surrey RCMP is seeking additional information on the following individuals wanted on drug trafficking charges:

Anyone with further information on the activities of these individuals is asked to contact the Surrey RCMP at 604-599-0502 or Crime Stoppers, if they wish to remain anonymous, at 1-800-222-TIPS or go to www.solvecrime.ca.