Asian Journal
Home Hot Off The Press My mission is not to become a playback singer: ‘Rising Star 2’... 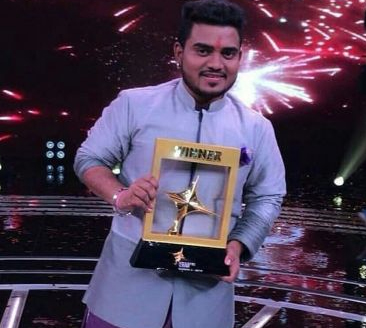 Mumbai:  Mathura-born Hemant Brijwasi, winner of music reality TV show “Rising Star India 2”, has already had a tryst with singing for Bollywood films. But he says his dream is bigger than being a playback singer.

“I never imagined to be the winner,” the young talent told IANS over phone.

“I am thankful to all our mentors and especially to Shankar Mahadevan who encouraged me to try out different genres,” he added.

Brijwasi developed an interest in singing from a very tender age. He loves singing Indian classical and Sufi songs.

“Though I have got a chance to sing for a Bollywood film, my mission in life is not to become a playback singer. I admire and idolise Nusrat Fateh Ali Khan saab and I want to be someone like him to who is remembered for his great music for generations,” he said.

He has worked under Vishal-Shekhar’s music direction for “Arjun – The Warrior Prince” as well as for some other projects. He also has a track in the upcoming Diljit-starrer “Soorma”, and the song is penned by celebrated writer Gulzar.

“This is going to be a very special song because Gulzar saab has written the lyrics of it and Shankar-Ehsaan-Loy have composed the song,” he said.

“Rising Star 2′, aired on Colors, had a panel of experts including Mahadevan and singers Monali Thakur and Diljit Dosanjh.

Mahadevan was a source of encouragement for the singer, who competed in the final round with Rohanpreet Singh and Vishnumaya Ramesh.

“I remember my first performance was ‘Tashan se’ and I tend to sing only Sufi style numbers. One day Shankarji came to me during our practice and very affectionately told me, ‘Why don’t you try something different instead of something that you are already good at?’ Honestly, I did not have much confidence but he kept pushing me,” he recounted.

2021 Mazda CX-5 Anniversary model review: More style inside and out!

Five changes on employment insurance contained in the 2016 federal budget (